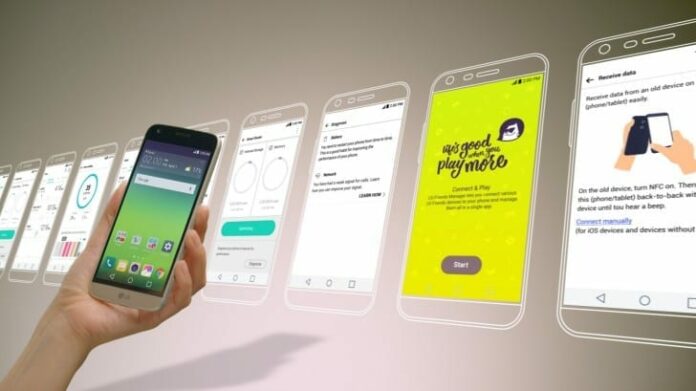 It’s the 3rd week of May and Indian market witnessed the launch of more than 10 new smartphones. Starting from price of INR 2,749 and going up to INR 52,990 for the LG G5. Listed below are the smartphones that launched in India this week –

Yesterday, LG announced their latest Flagship LG G5 will be up for pre-order, starting today you can book LG G5 for price of INR 52,990. And it will be delivered by June 6th. The smartphone was announced at MWC this year. If you pre-order now on Flipkart you will also get LG Camera Module for Free. This latest smartphone from the company was also showcased at the recently concluded Tech Show in Lucknow. The exceptionally-priced 5.7-inch handset shares many of the premium features available on LG’s flagship models and also includes a pen with a nano-coated tip for more accuracy compared to the previous rubber-tipped pen. LG Stylus  available for INR 19,500. The much awaited mid-ranger from Lenovo owned Moto was launched this week. This year there were 2 new Moto G, the Moto G4 and Moto G4 Plus. Moto G4 will be available from June and Moto G4 plus is already available exclusively via Amazon. G4 Plus sports a Fingerprint sensor at the Front and comes with 5.5″ FullHD display, The device is packed with 3000mAh battery with Turbo charge feature. Under the hood it is powered by Snapdragon 617 Octa-core processor. It comes with 16MP rear camera with laser auto focus and a 5MP front camera. It is running on Android 6.0.1 and will receive Android N update in future. Sachin Tendulkar backed Smartron announced t.phone smartphone 2 days ago in Hyderabad. The smartphone has a 5.5-inch 1080p AMOLED display with Corning Gorilla 3 protection, is powered by an Octa-Core Snapdragon 810 V2 processor and runs on Android 6.0 (Marshmallow). It has a 13-megapixel rear camera with dual-tone LED flash, phase-detection auto-focus (PDAF) and a 4MP front-facing camera. It has hybrid dual SIM slot that lets you use the second SIM slot as a microSD slot when required and has 4G LTE connectivity. It has a 3000mAh battery with Qualcomm Quick Charge 2.0. The device is priced at Rs. 22,999 and will be available from Smartron t.store and NDTV Gadgets360 from early June.

Coolpad’s all 3 smartphones until now were under 10k and now it’s entering market of 25k segment. The 5.5 inch smartphone with FHD Sharp display is powered by a 2,800 mAh battery along with Quick Charge 3.0 feature, which charges the battery faster of the device. The smartphone has a 13MP rear ISO Cell camera with a dual tone LED flash along with a 5MP front shooter. The Coolpad Max comes in Snapdragon 617 64-bit octa-core processor. It is 7.6mm thin and only 170g in weight with an Edge Curved Glass 2.5D screen reinforced with Corning Gorilla Glass 4 anti-scratch and anti-fingerprint coating films. The chassis of the smartphone carries a very thin 1.4mm dual-antenna line (thinner than other smartphones, i.e. 2.0mm).  The phone has quick charge 3.0 feature, through which one could charge the battery up to 65% in 30 minutes. Intex Technologies has launched its latest 4G smartphone – Aqua Secure, which comes with a FingerPrint Sensor. The tech-based smartphone with bio-metric security will be available at a price of INR 6499. Have a look at details about Aqua Secure here. Micromax Informatics Ltd, today announced the launch of its two new super-affordable performance smartphones – Bolt Supreme and Bolt Supreme 2, at a breakthrough price of INR 2749 and INR 2999 respectively to accelerate the smartphone adoption in the country. Have a look at the new smartphones here.

So, what do you think of all the new smartphones? Which one are you interested in picking up? Do let us know in the comment section below. For latest news follow us on twitter.