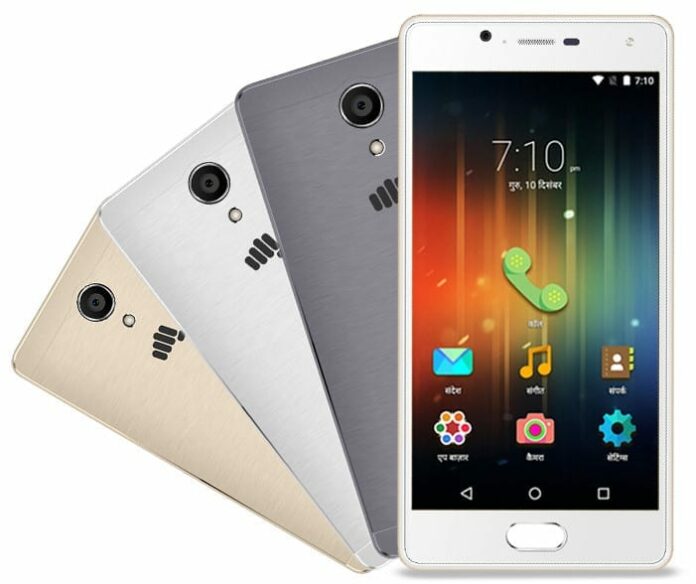 Indian smartphone maker Micromax has launched 2 new smartphones in Unite series. Both of them are budget oriented smartphones they are priced at Rs. 6,999 and Rs. 7,499 respectively. Canvas Unite 4 comes in Gold, grey and silver colors and will be available through retail stores. The Canvas Unite 4 Pro comes in Gold color and will be available through exclusively through Snapdeal from June 30th. Both the smartphones comes with same 5″ HD display, also both smartphones have Indus OS 2.0 with support for 12 regional languages and text-to-speech in 6 Indian languages – Hindi, Tamil, Malayalam, Marathi, Bengali and Telugu. This feature works on text, browser, WhatsApp and SMS that lets you talk, type, and text in native language. Both of them come with FingerPrint sensor and have support for 4G LTE. Both of these comes with 8MP rear camera and 5MP front camera, in addition to 5MP front camera there is also a Flash on Unite 4 for better selfie as shown in above picture. The FingerPrint sensor on Unite 4 is located on front, while in Unite 4 pro it is placed in rear side.

Both the device will be in direct competition with recently launched Lenovo Vibe K5 and also CoolPad Note 3 lite. Let us know your thoughts on these devices down in comment section below. For more updates follow us on our social media channels @theunbiasedblog.