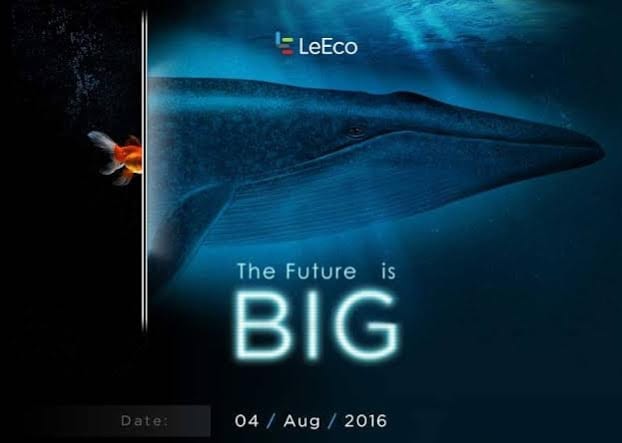 We just received an invite for the launch event that will be held in Delhi on 4th August. As you can notice in the invite above, LeEco states ‘The Future is BIG’ giving a hint of Big Screen i.e televisions.

LeEco’s Super TV’s are very popular in China and also have some remarkable sales figure. LeEco offers an exceptional value for money without compromising on the quality. In India, LeEco is expected to launch their 3rd gen Super TV’s initially and then later their latest 4th gen TV’s.

There is no hint regarding which models will be launched in India but we can expect a 4K TV and some budget 40 inch LED models to be launched at the event. Also still there is no clue about how the sale of the TV’s would take place, Offline or Online. The pricing of the TV’s would be crucial as we have to look how other players in market like VU, LG, Samsung will respond to this.

We will be present at the event on 4th, stay tuned for the live updates. Let us know your opinion on this update till then.