Google’s dream was to get high quality Android smartphones under $100 with regular software updates and that led to the Android One program. Android One smartphone’s were first announced in India during September, 2014. Android One didn’t perform well in Indian market as it was challenged by many Indian and Chinese brands in that price segment. After India, Android One was announced in Indonesia, Pakistan and other emerging markets, and now this program has reached Japan.

Japan’s Electronic giant Sharp has announced it’s new Android One Smartphone, this device is also IP 58 certified, so it is water and dust resistant. This is also the first Android One smartphone with IP certification. The device is dubbed as Sharp Aquos 507SH and the final price of the device is not yet announced, but it should be around $200 – $250 price range. 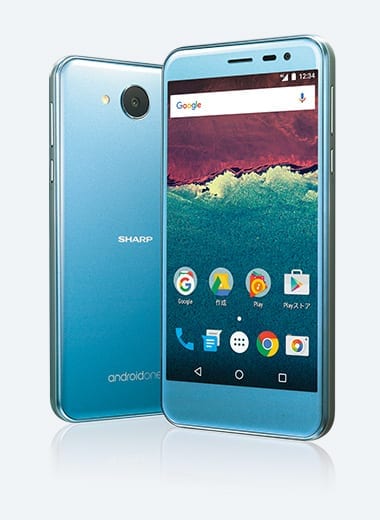 Coming to the specs, the device sports a 2.5D curved 5 inch HD IGZO display with Gorilla Glass 4 protection upfront. The device is powered by a Qualcomm Snapdragon 617 Octa-core processor and Adreno 405 GPU. The device comes with 2 GB of RAM and 16 GB internal storage. Users can further expand the storage capacity upto 200 GB via MicroSD card. It comes with Android Marshmallow 6.0.1 and will be upgraded to Android 7.0 Nougat as soon as it is released.

The Smartphones has a 13 megapixel rear shooter with LED flash and 5 megapixel camera with wide angle lens. To power all the things the devices comes with a 3,100mAh battery. For Connectivity it includes 4G LTE with VoLTE support, Wi-Fi 802.11 b/g/n, Bluetooth 4.2, NFC, GPS, and MicroUSB 2.0 port.

The Sharp Aquos 507SH will be available in Blue, Black, & White colour options. Stay tuned for the official pricing and we will share an update once the company announces it. To catch more on this follow us on our social media channels @theunbiasedblog and stay updated.