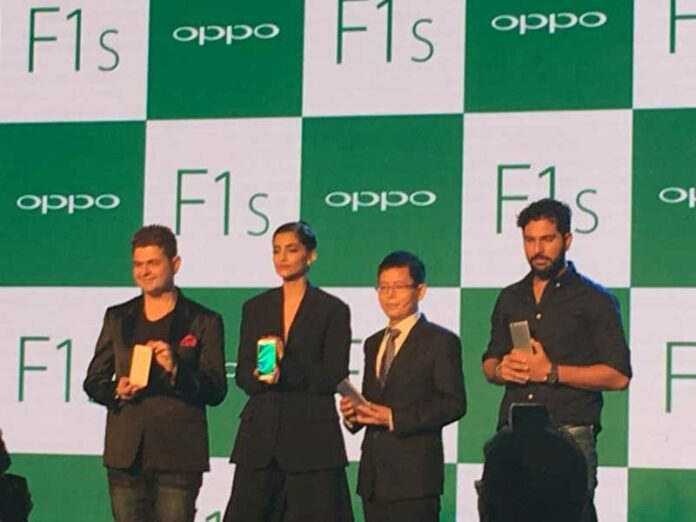 Oppo’s F series is focused on Photography (mostly selfie), back in January this year Oppo announced arrival of F1 and F1 Plus, now company has launched its successor the Oppo F1s. Similar to its predecessors, the OPPO F1s sports a impressive specs in camera department. It is also one of rear smartphones when the front camera is have better megapixel count than the rear camera.

Oppo F1s comes unibody design premium and sleek metal body and packs a 5.5 inch HD IPS display, protected by Layer of Corning Gorilla Glass 4. Under the hood there is a MediaTek MT6750 Octa-Core Processor coupled with Mail GPU. The smartphone comes with 3GB RAM and 32GB internal storage with additional storage of 128GB via a microSD card. It packs a pretty good 3075mAh battery. 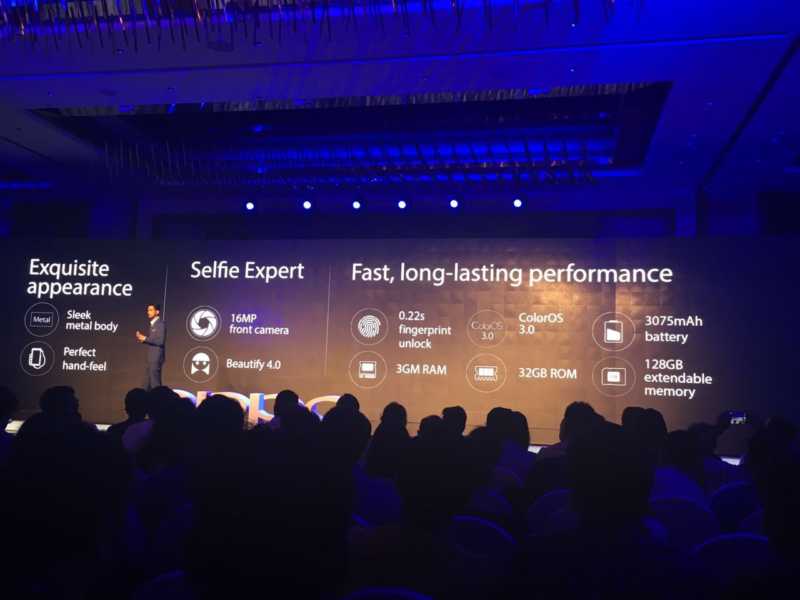 The camera on the rear is a 13MP shooter with an LED flash, there is a 16MP front facing camera with Beautify 4.0, which offers several beautify levels, 2 skin tone modes and Selfie Panorama feature. Also Oppo has now upgraded Screen Flash function so that they can adjust to the outdoor surroundings. 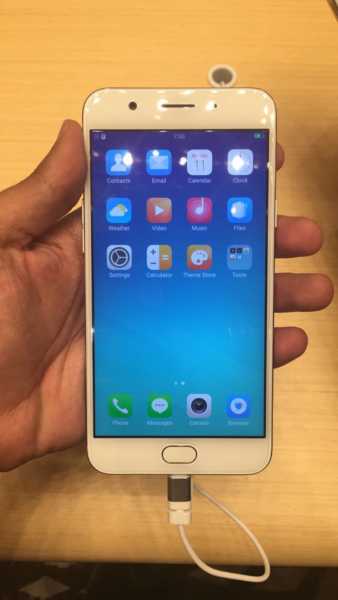 Oppo F1s comes with Fingerprint sensor at the front and company claims it can unlock the phone in 0.22 seconds. The phones stills runs on Android Lollipop 5.1 Oppo’s own ColorOS 3.0 skin. For connectivity Oppo F1s comes with support for 4G VoLTE, Dual sim and regular options such as BT, WiFi and GPS.

The device is priced at INR 17,990 and will be available Online on Amazon exclusively and across retail stores all over the country. Let us know your thoughts on the 16MP front camera in comment section below.