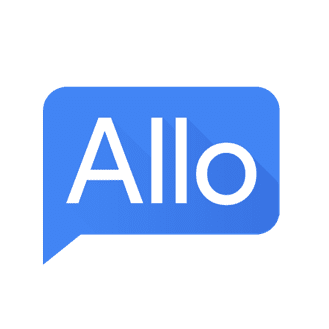 The much-awaited app of the year, Allo was teased at the Google I/O this year. The app is now about to be launched and it’s time for us to take a look at all the leaks and rumors of the Google Allo App.

At I/O this year, Google announced that Allo and Duo needs your phone number to activate, which meant that there will be no multi-device support and no web/desktop clients. But based on the Preview version testers, Allo will come with Google Account support, here’s how the phone number / Google account dichotomy works. When you first install Allo, you have to activate it with a phone number and the app seems to automatically link itself to your main Google account on your device. In Allo’s settings, you can see which account that is and disconnect it if you prefer to keep some distance between your Allo persona and your Google identity.

Once disconnected, Assistant won’t be able to serve you any personal details, and will instead suggest you link a Google account… as a clingy friendly reminder, if you will. Also, by disconnecting, you open the option to choose another Google account in case you have more than one.

Whenever you’re chatting with Assistant, you can type a question or, even better, tap the microphone and record a voice message like you would in any other Allo chat. Assistant will transcribe your message into text first: “You said: [voice message]” and then proceed to answer you right away. This works for everything you may think of regular searches and OK Google commands (no need to actually say “OK Google” here). It makes even more sense when you think about it as talking to an assistant. Even if you’re offline when you send the voice message, it’ll be delivered to Assistant when you connect again. And even if the search results can’t be loaded now, it doesn’t seem like there’ll be an error, instead Assistant will wait until the search is able to process and get back to you with an answer when it can. That’s one of the benefits of the chat approach, and it’s a major one.

Most of you have definitely seen this before! Yes Allo’s voice messaging UI looks somehow similar to Whatsapp. However, WhatsApp does have a neat mic-in-the-garbage-bin animation that isn’t there in Allo.

This is how  voice messaging works on Allo, The text entry box at the bottom of the screen has a microphone on the right. As soon as you tap it, a blue circle expands out of it and fills the bottom right of the screen. You must keep your finger on the screen while you talk and ss you’re recording, you can see the message’s duration in the bottom left. When you are happy with your voice message, you just lift your finger and it gets sent, otherwise, you can slide the microphone to the left to cancel.

This is really something all of us really want when we want to search something really quick from some old conversations this feature will come really handy.

Search in Allo is well implemented and it’s universal throughout the app. There’s a search icon on the top right of the main screen that lets you look for a contact/group’s name (in case you have lots of chats and need to quickly find a specific person/group) or any word(s) inside a chat. All these are based on Preview version of Allo.

Allo will come with Incognito chat mode, which comes with end-to-end encryption  with unique identity keys for each participant. Each incognito chat has a small timer on top next to the recipient’s name and photo, with a blue indicator for the expiration time. That can be set to 5 seconds, 10 seconds, 30 seconds, 1 minute, 1 hour, 1 day, 1 week, or off. Changing the time doesn’t affect previously sent messages, though, so if you’ve already sent an image or text or voice with an expiration date of a week, you can’t make it disappear quicker by changing the time now to 10 seconds. This is similar to Snapchat and Instagram stories, which expiring messages/videos/images.

In Hangouts till now we couldn’t delete our chat history conversation, but in Allo, users can delete the chats same as we used to in Whatsapp. As of now in Testing version no multiple select is enabled, hope it changes in the final version. The top bar switches to show share, forward, copy and delete options for a selected message, an interface that reminds us a lot of WhatsApp.

Leaks suggest that Allo will likely be coming with 3 packs installed by default and others can be added later. Here are 24 additional packs available in different styles and from different designers. As far as we can tell, there doesn’t seem to be a way to add your own sticker packs from a URL or a Zip file, but that may or may not change in the future. You can download as many packs as you’d like and rearrange them to show up in the order that you prefer under “My Stickers.” Most packs seem to contain around 24 stickers (6*4 stickers), but some packs have a bit less. You can scroll through this gallery for a preview of what each sticker pack contains.

While chatting in Allo, we have previously seen Voice and Stickers, also in Allo, you can share your current location, a photo or video taken instantly with your camera, and also media files taken from your camera roll. As of now in testing version files like music or documents doesn’t seem to be possible.

Allo will let you send GIF animations properly. When you go to add a media file to any Allo chat, you should see your camera roll containing all photos, videos, and GIFs. The latter animate in the camera roll and then again in the preview window before sending them, and they obviously animate inline within the chat window. Further, Allo has a feature for static images where you can draw on any photo with a few different colors or type some text on top of them. WhatsApp should users are already having  There’s an undo button and a close button to revert all your changes, but otherwise the options are rather limited. You can’t change the typed text’s color or position, and you can’t modify the brush’s stroke or size. It’s functional enough though for what you may need it to do.


The icons that were shown at Google I/O was dull. These new Icons tells that Google products are clearly that the app icon should be illustrative, not textual. This app icon could change before Allo actually launches. Given that they’ve already changed once, it’s an entirely reasonable possibility that the teams could decide to switch things up again before the apps go public. This icon is much nicer and  more consistent with other google products.

Allo Will be launching really soon, you can also Pre-Register on Google Play Store and get notified as soon as it launches.

So these are are the features that are expected to come along with Goole’s Allo, let us know which feature is your favorite in the comment section below. Follow us on twitter for more updates.