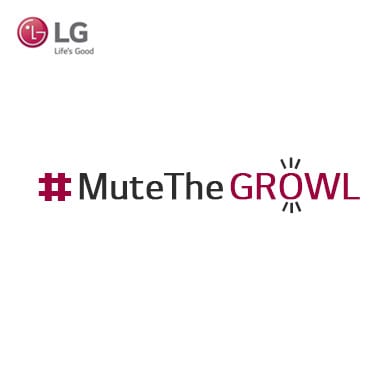 LG Electronics  has strived to deliver a strong message through its new CSR campaign, ‘Mute the growl’. This is to reiterate LG’s commitment to reduce food wastage and create awareness among people, in the face of rising hunger. It challenges the basic psyche of people regarding food disposal in a world where 50% of food across the world meets the garbage bin. As per statistics, 1 in every 7 people in the world is malnourished and in India alone 40% of the food produced is wasted.

LG social media platforms like Facebook, Twitter and YouTube are being strategically used to promote the thought and action of Zero Food Wastage. This campaign is also supported by a promotional video showcasing the journey of grains from farm to the trash can. The key message is to showcase the immense efforts that are put in to produce food grains thereby driving consciousness among people regarding unnecessary food wastage. To bring about maximum people engagement and interaction, this pan-India campaign would be promoted through posters, blogs, pledges etc.

[youtube https://www.youtube.com/watch?v=YtLAZz48UUk]Over 4,000 people eat at the LG canteen daily and they are encouraged consistently not to waste food via creative posters, banners and periodic announcements. This has helped greatly in reducing food wastage. Now LG plans to take forward this campaign across the country to persuade greater numbers to reduce food wastage. LG has created a micro site www.mutethegrowl.com on which people can pledge to not waste food and contribute towards a noble cause. For every pledge, LG will donate one meal to a underprivileged child. Also, with the festival time round the corner, such campaigns help sensitize the people on the importance of not wasting food as people tend to over indulge in buying excess food, sweets etc. They can also spread the awareness amongst others especially children who overfill their plates with a variety of festive goodies and then the food goes waste.

Speaking on this occasion, Kim-Ki-Wan, MD, LG India, “We are happy to take forward our new CSR campaign, ‘Mute the growl’, which aims at using online as a medium to spread awareness about hunger that plagues people across the globe”. He further added, “It is unfortunate that a large quantity of food ends up in the landfill and bins. Though much has been said about avoiding Food Wastage but to become a responsible society, such behavior must actually change. We hope that through this pan-India campaign we would be able to minimize food wastage and create the world with a better life. Do visit Micro site

Do visit Micro sitewww.mutethegrowl.com and let’s pledge to reduce food wastage. Join the conversation at #MuteTheGrowl.” Follow us on twitter for more updates