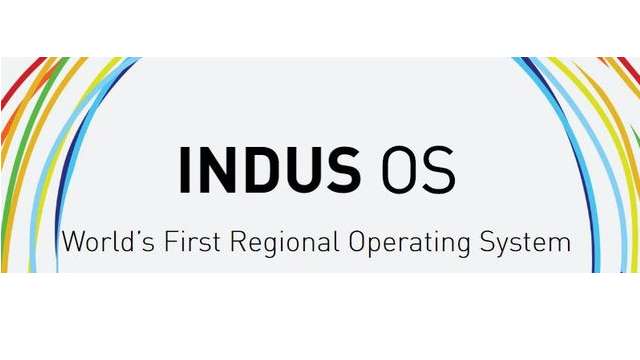 Indus OS, the world’s First Regional Operating System, conceptualized, developed and designed in India. Indus has now raised series A2 funding with new investors VenturEast and JSW Ventures. Omidyar Network which who was an investor in Series A round will continue its participation. The funding amount is undisclosed and will be used to hire talent, develop product and further invest in language technology to cover all Indian languages.

Indus OS market is based on it’s localized, simplified and innovative operating system in India. It was launched in 2015 and they were in #2 in India last year ahead of iOS & Windows. Currently, India focused they have a user base of 7 million, across its smartphone brand partners including Micromax, Intex, Karbonn, Celkon, and Swipe.

For the past year, Indus OS team has been working closely with leading hardware and developer partners in the Indian smartphone ecosystem to build the Indus OS 3.0 platform, to be released in the next quarter. This platform will alleviate some of the major pain points of the Indian smartphone user. The company also announced that Sunil Lalvani, ex-Head of Qualcomm and BlackBerry has recently joined the company as an advisor. The company will soon be opening an office in China.

Dr. Srikanth Sundararajan, Partner at VenturEast said on the investment, “The uniqueness of IndusIndia-focused operating system to help more Indians explore the true potential of technology fits perfectly with our fund’s primary emphasis on the rural & semi-urban markets, and the needs of the SME’s. Our commitment to this team in terms of investment, as well as our support otherwise, dates back to more than two years ago. The team behind Indus OS is well-experienced and equipped to attain their vision of connecting the next 1 billion smartphone users most of them being rural.”

Gaurav Sachdeva, Managing Partner at JSW Ventures said on the investment, “Indus OS’ ecosystem in regional languages will help Indian smartphone users come on the internet, discover services and content with ease. We are glad to back an OS platform innovation that has immense growth potential in the current market conditions tied to the ‘Digital India’ and ‘Make in India’ initiatives of the Government of India. We will extend our support to the company to sustain and accelerate the growth momentum they have shown in the past few years.”

What are your thoughts on the Indus OS? have you used it? let us know your thoughts in the comment section below. Follow us on twitter for more news and updates.

iQOO launches Z5 with the Snapdragon 778G in India