Royal Challengers Bangalore, who finished the 9th season of the IPL as the runner-up are gearing up for the first match in Hyderabad tomorrow against the current champions SRH, today Gionee announced that they are now a Principal sponsor for Royal Challengers Bangalore in IPL 2017 edition. Also, Gionee will continue to sponsor Kolkata Knight Riders, thus becoming the only brand to sponsor front jerseys of two IPL teams in the same edition.

Gionee which is highlighting its focus on Selfie and  Battery will have its logo featured on the front jersey of Royal Challengers Bangalore and Kolkata Knight Riders. The Star lineup of the RCB consists of players like Virat Kohli, AB De Villiers, Chris Gayle, Shane Watson and others. The company had spent close to INR 500cr in marketing last year, and in 2017-18, they plan to increase the same by almost 50%. 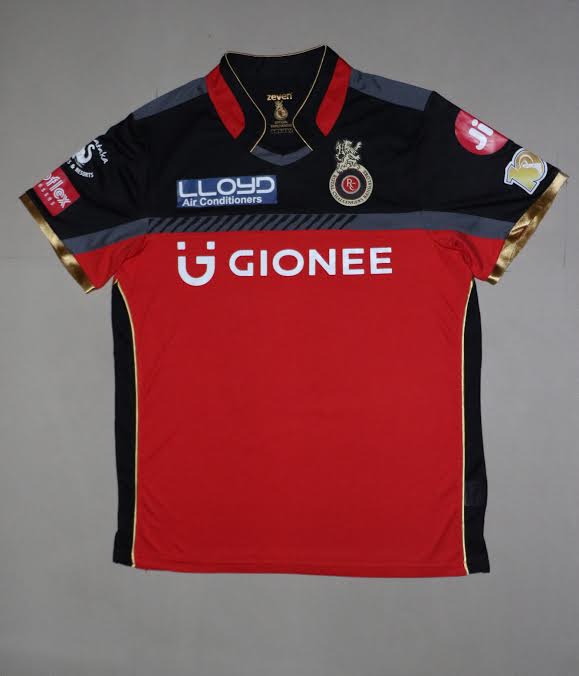 Arvind R Vohra, CEO and Managing Director of Gionee India, says, “IPL is one of the biggest carnivals on the Indian calendar. It is as big and important as Diwali with millions of fans cheering for their teams throughout the tournament. This partnership puts us at the forefront in the IPL with the Gionee brand being visible in 26 of the 56 games till the knockouts. We are immensely proud to associate with Royal Challengers Bangalore- a team that has an eclectic talent mix and has entertained its fans over the years.”

Recently, Moto India announced Sponsorship with a year old team, Rising Pune Supergiant. Which team are you supporting in IPL-10, let us know in the comments section below? Follow us on twitter for news and updates.