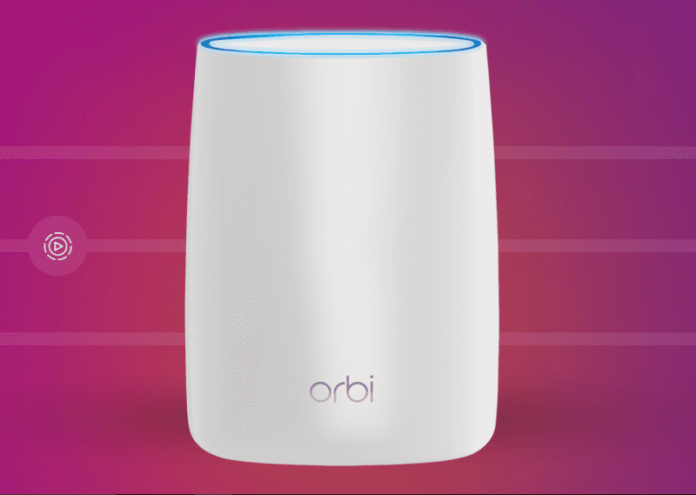 Orbi by Netgear is the only system to leverage Tri-band WiFi, which has the unique capability of providing a dedicated wireless channel between the Orbi router and each Orbi satellite. Tri-band WiFi is similar to a virtual wire, delivering maximum speeds no matter how many devices connect. This dedicated wireless connection ensures far-reaching coverage, empowering you to enjoy uninterrupted WiFi connections with the fastest internet speeds that you are paying your service provider for. The installation of Orbi is designed with simplicity in mind and is completed with a few clicks from any mobile device or browser. Intended to act as a full-featured router, Orbi can plug into your gateway or modem. If you would like to upgrade the WiFi on your service provider gateway, simply plug Orbi into your existing gateway and enjoy. The Orbi Kit includes two devices, a router and a satellite, that are pre-paired together for an easy out-of-the-box set-up.

Features of the Orbi WiFi System

Netgear Orbi WiFi System with one WiFi router and one satellite will be available in India from major retailers for INR 32,500.

“Present day home environments demand strong Wi-Fi coverage and uninterrupted Internet access, even at the furthest edge of the network,” said Marthesh Nagendra, Country Manager – India & SAARC, NETGEAR, “With Over the top (OTT) video services dominating Wi-Fi bandwidth usage within home networks, standard Wi-Fi routers often struggle to offer a seamless Internet experience to users as they  move between multiple living spaces, both inside and outside the home and between its numerous floors,” he added.