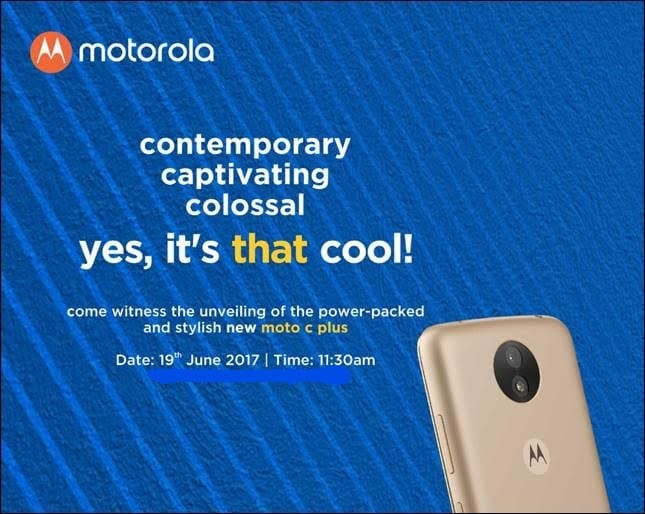 Motorola has started sending out invites for their next smartphone unveiling on 19th June. The invite clearly states that Moto is going to announce another budget smartphone in the new C series, the Moto C Plus. The new Moto C Plus is expected to be priced under INR 10,000.

The Moto C and C Plus were announced to Europe and other markets last month, the Moto C went on sale in India a couple of weeks ago on the offline market. The Moto C Plus comes with a 5-inch HD display, it is powered by a Quad-core MediaTek MT6737 processor clocked at 1.3Ghz. It comes in 2GB and 16GB storage variant. The smartphone is running on Android 7.0 and is packed with a pretty impressive 4000mAh battery that also supports 10W rapid charging. 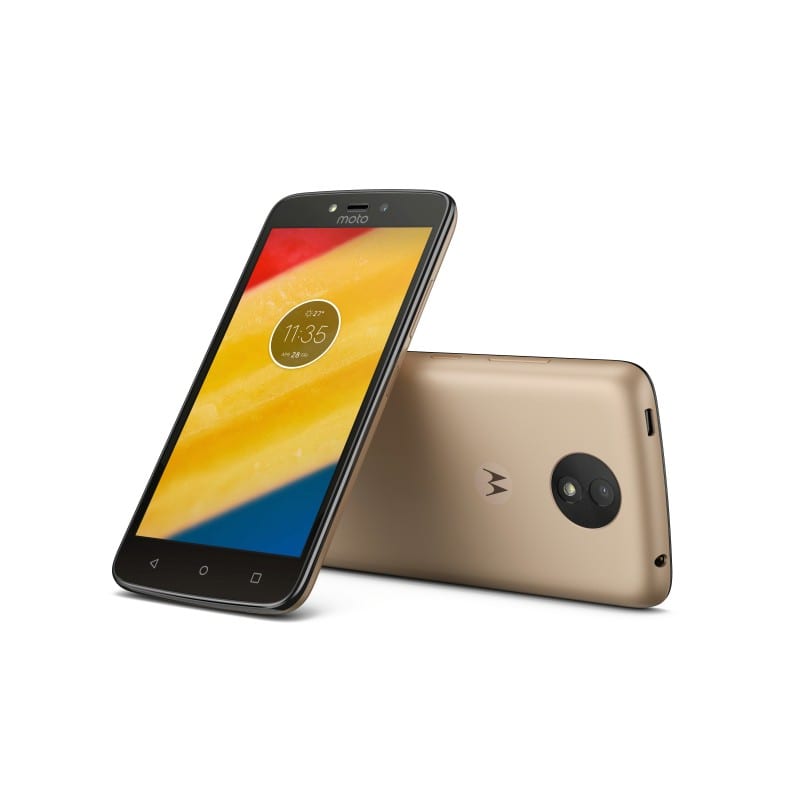 Looks like this would be the successor of the last year’s Moto E3 Power which also had a bigger battery with fast charging.

What are your thoughts on the specs? Let us know what price would be an ideal for this device in the comments​ section below. Follow us on Twitter for more news and live updates from the event.