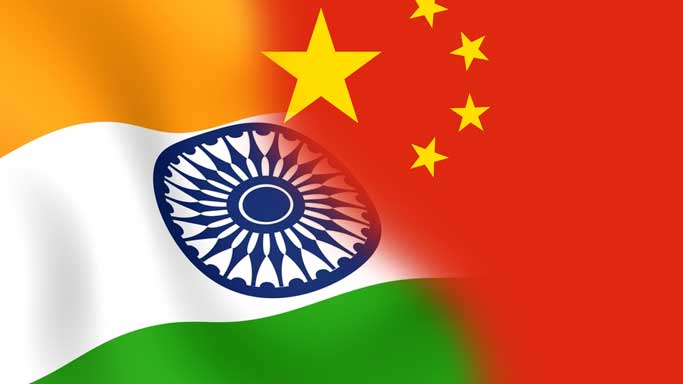 Last month, the Ministry of External Affairs announced that both Indian and Chinese troops are slowly being pulled out from the face-off site in Dokolam, Bhutan. And, most of my worries as an Indian citizen and a tech blogger subsided. It was a tense moment for most of us as both the countries are interdependent on each other. As a tech blogger, most of the news we cover are of devices that are made in P.R.C. Hence any kind of disruption would have hugely impacted my work.

The diplomatic process of ‘Doklam Disengagement Understanding’ was a moment of pride for the nationals of both the nations as it was settled amicably and peacefully. But my moment of pride didn’t last for long. Just when I was about meet or message all my friends China who are mostly from the smartphone industry. I came across a screenshot from the device of Gionee’s Chinese Employee. As you can see in the screenshot below, these guys have created a Chat Group called ‘Fuck the Indian’ *As a publication, we can’t reveal our sources. But, If you have any other queries or doubts please leave a comment below or leave a message on any of the social media platforms. Our handle is – @theunbiasedblog on twitter, facebook and Instagram.

That makes me wonder, should we get used to this kind of treatment just because we use their technology and goods? I’m not saying all companies or all Chinese expats in India are like that. But incidents like these make me wonder if we deserve this from anyone?

I’d like to state that Gionee has been one of my favourite Chinese smartphone makers since they entered in India. In fact, I’ve mentioned this many a times that they were the first ones to bring quality Chinese smartphones to India and all other followed them. Gionee’s then-President, William Lu and then Country CEO and Managing Director, Gionee India, Arvind Vohra became our friends over the years.

But what is shocking to see is how the news of management change has not been yet updated on the official website and there was no press release issued fro the same. In the last few months, we have also witnessed a change in Gionee India’s top management with Chinese honcho’s replacing the key people here. The most shocking decision of all was the removal of Arvind Vohra who single-handedly built the company here in India. Not only was the top Indian management shown the door, the new Chinese bosses also fired all existing agencies and third-party vendors. By taking such harsh and impulsive actions either they want to show their supremacy or prove that all decisions taken by Indian bosses were wrong. But that we will only know with time, for now, we want an official statement from the company about how and why do they have a chat group called ‘Fuck the Indian.’

In the end, all I want is that is if Chinese companies like Gionee want to do business in India then they have to respect our people and our culture. As an Indian, I’d never let anybody disrespect our country or its people. Hence, I’d like all our readers, followers and friends to come forward and share this as much as they can so that Gionee India publishes an official statement.