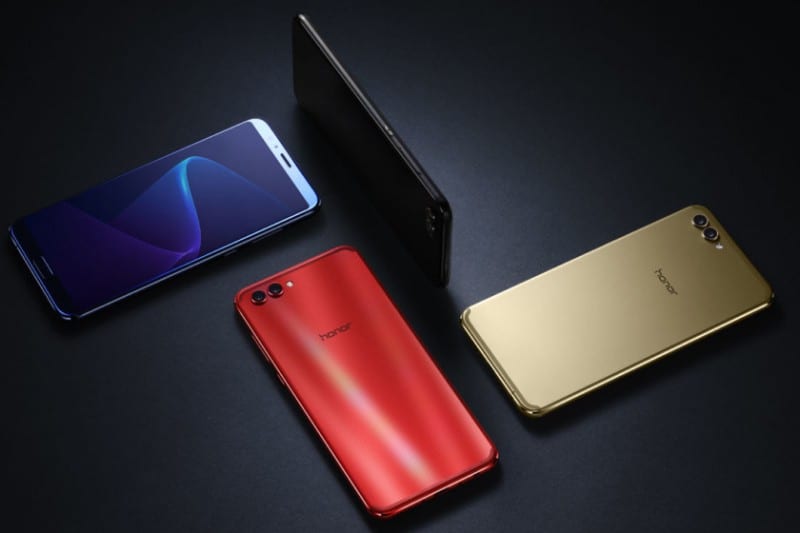 The phone that has it all, squeezing the home button onto the screen, as well.

Honor has launched its latest flagship, V10 in China and is available for grabs, subjected to purchase that will commence from December 5.  This is the same day, where the global launch will take place at an event in London. Apart from that, there is no word to state, if the phone will be available in India.

Coming to the device, the Honor V10 features a 5.99-inch 2160 x 1080 display with an 18:9 aspect ratio. Weirdly enough, it’s not an all display as we have previously seen in other phones and makes room for the home button onto the screen, which doubles up as a fingerprint sensor, as well. Under the hood, it is powered by Honor’s Kirin 970 processor, the same chip used for Huawei Mate 10 series phones, which is also specially designed to function AI tasks. There are different variant to choose from – 4GB RAM/ 64GB, 6GB RAM/ 64GB and lastly, the 6GB RAM/ 128GB and the storage can further be expanded via microSD card up to 256GB, in a hybrid dual-SIM slot. It will run on the latest version of Android Nougat 8.0 with EMUI 8 on top of it and will be fueled by 3750 mAh of battery.

Going to the optics, the Honor V10 features a dual-camera setup, a combination of 16-megapixel colour sensor and 20-megapixel monochrome sensor of f/1.8 aperture and a 13-megapixel front camera for shooters, which will also aid in phone’s facial recognition security.

The highlights of the devices are – bezel-less display and will be the first ever phone, to make room for a home button on the screen, in spite of 18:9 aspect ratio. This implies that the fingerprint sensor will be placed at the rear, below the camera. Moreover, it’s the second phone, after the OnePlus 5T, to bravely keep the headphone jack. Perhaps, you could say that it’s clearly taking a swipe at Apple, Samsung and OnePlus by introducing the Face Unlock feature. The brand states that AI will detect when an unknown person is using the smartphone and will immediately hide calls and messages.

The Honor V10 looks smashing on the papers and will go head to head with the newly launched OnePlus 5T. What do you feel about the Honor V10? Do you think it should launch in India and if it does, would you buy the phone?