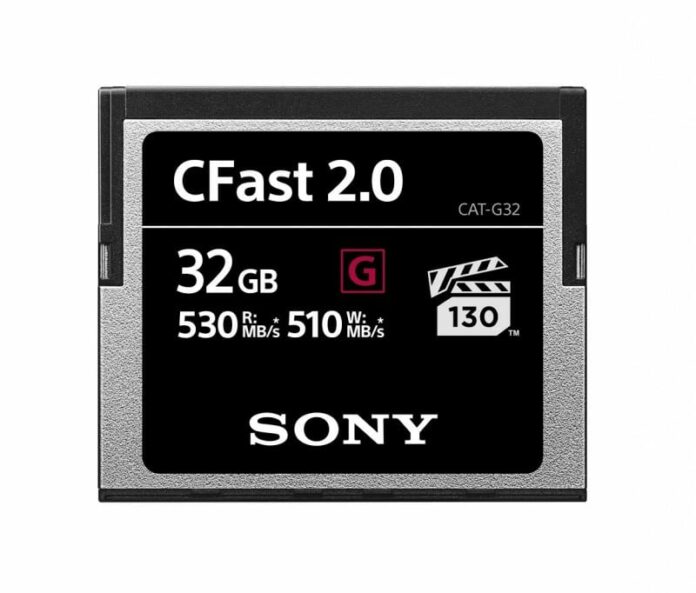 The cards offer fast write speeds of up to 510MB/s and read speeds of up to 530MB/s and join an established range of media that includes Professional internal SSDs, XQD and SxS cards, as well as the world’s fastest SD card. Professional photographers demand faster speed for continuous burst shooting of higher resolution images including RAW. With up to 510MB/s write speed, far outperforming the capabilities of existing CFast cards, Sony’s G Series supports high-speed burst shooting of high resolution RAW, maximizing the capability of high-end DSLR cameras like the Canon 1DX Mark 2. The new CFast cards support VPG130 for reliable recording of Cinema-grade or high-bitrate 4K video. A minimum sustained a write speed of 130MB/s is guaranteed, making the new media ideal for the stable recording of professional grade 4K video, such as Cinema RAW light mode with Canon C200 video cameras. The new CFast cards have passed a variety of stringent drop, vibration, shock and rigidity tests, making them perfect for shooting in many different locations. They work reliably across a wide range of temperatures and are highly resistant to static. With a hard case and Sony File Rescue software, which is available when used with a card reader in a Removable Disk configuration, the cards can recover accidentally deleted photos such as RAW images and videos, allowing professionals to shoot with confidence in the toughest conditions.

The newly launched Sony’s G Series CFast cards will be available in all Alpha flagship stores, Sony Center and major electronic stores across the country and they are priced as follows: