Gurgaon-based Staqu today has announced the launch of its AI-powered Smart Glass in India. The Smart Glass is promising to revolutionize personal security, the Smart Glass is capable for both, speech and image recognition, and thus, can be used to identify potential threats to the civil society, such as criminals, intruders or terrorists, lurking around or amidst us.

The smart glass has an inbuilt camera which captures input to trigger Facial Recognition. Once the face is identified from within the given databases, the Smart Glass projects the results on the glass screen. The entire process happens in real-time. Even in wild scenarios, the Smart Glass combines speech and image recognition to utilize a hybrid identification technology and uniquely identify anyone. This is a first-of-its-kind technology that utilizes both speech and image recognition. Further, the information is streamed in real-time from a centralized server. The glasses can further be controlled from a centralized administrative portal, and specific recognition targets for each glass can be set remotely. 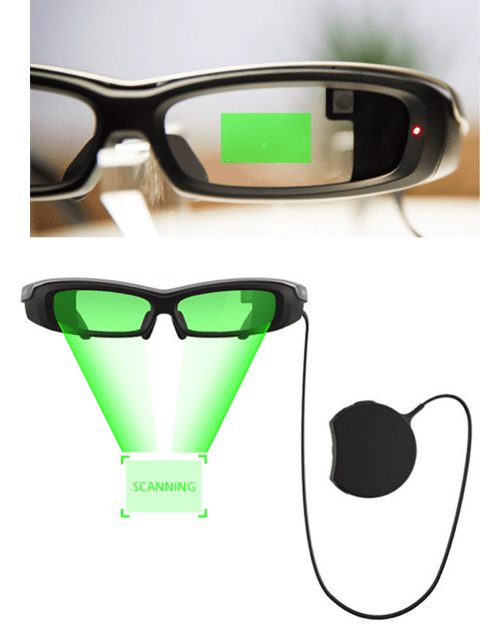 Previously, Staqu had launched the ABHED app, helping police forces record and identify criminals on the run. Staqu launched the program of ABHED, together with the Rajasthan Police. The program resulted in the police nabbing over 1500 criminals in the first three months, a post which the app reached other states of North India. Now with the launch of Smart Glass, Staqu is taking the personal security feature to the next level, giving users a unique opportunity to remain alert and actively resist crimes.

Commenting on the new development, Atul Rai, Co-Founder & CEO of Staqu said, “At Staqu, we are driven to solve real-world problems with the help of Artificial Intelligence. To the same end, we are proud to present Staqu’s AI-powered Smart Glass, which is capable of a hybrid of Speech and Image recognition, and can warn the law-abiding citizens against any potential threat around them. Given the building paranoia and a need for smart security, we are hopeful that a majority of users and security forces will opt for this product.”