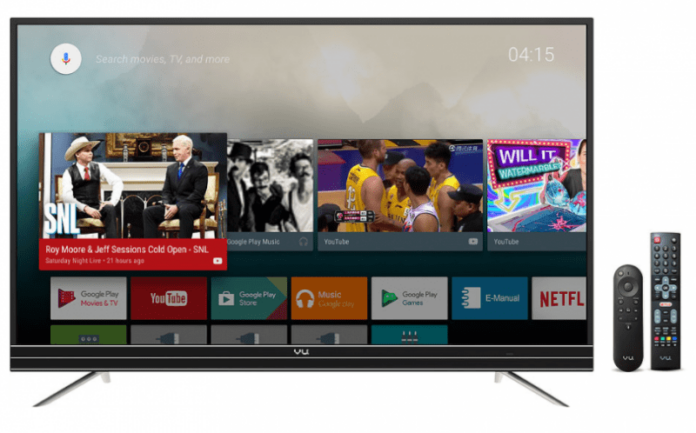 One of the most popular TV maker in the country from past couple of years, Vu has announced a new range of TV in India today. The company, in association with Google, has announced 3 new Android-powered Smart TVs. These TVs come in 43-inch, 49-inch and 55-inch sizes and  4K UHD resolution, they are priced at INR 36,999, INR 46,999 and INR 55,999 respectively and will be available exclusively on  Flipkart and  Vu’s stores starting March 16th.

All the 3 TVs come with a Quad-Core Processor, Mali T860 GPU and they pack in 2.5GB of RAM and 16GB of internal storage. They are running on Android 7.0 nougat and will be upgradable to Android 8.0 Oreo soon. Also, they come with an ActiVoice(Remote) feature which helps users to seamlessly search, browse and select in 88 languages. The ActiVoice Search intelligence is also enabled to search within apps and recommend results according to a user’s preference. Further, they offer a built-in sound bar with DTS TruSurround, Dolby Digital support and also Chromecast support. 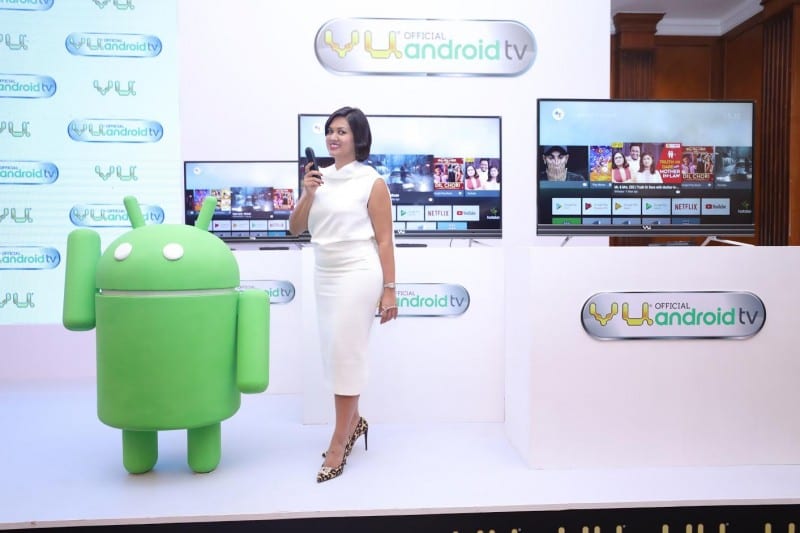 Speaking at the launch of the Vu Official Android TV, Devita Saraf, CEO and Founder, Vu Technologies said, “At Vu, it has always been our vision to create quality products that define the future of television technology. We are focussed on innovating and are determined to deliver products with industry first features.The Vu Official Android TVis built on ourmost advanced technology with the highest quality of hardware and software. It is a result of research and development that was undertaken for over a year followed by numerous hours of testing. We are excited to redefine and re-invent a user’s experienceby introducing a pioneering and revolutionary product that combines quality picture and sound with certified and high-end technology.”