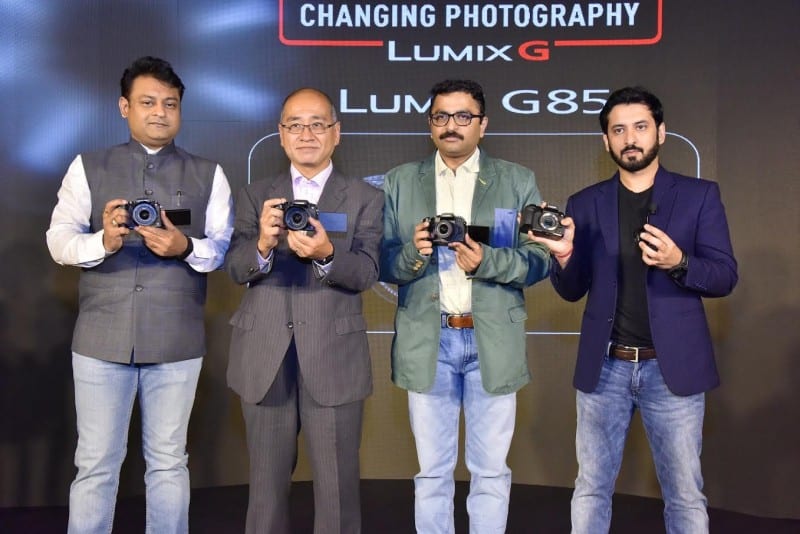 The Lumix G85 features a rugged design securing from splash and dust. It comes with Dual-Image Stabilization and Focus Stacking capacity that enables a user to adjust the depth of field after shooting by combining multiple images shot with the Post Focus function in the camera. The camera weighs around 435 gms (only body) it is handy to carry during travel, trekking, wildlife and adventure purposes.

The 16.0-megapixel Digital Live MOS Sensor without Low Pass filter and the new Venus Engine combine to achieve crisp, high-resolution images in detail with high contrast, intense color reproduction, and max. ISO 25600 high sensitivity. The LUMIX G85 is capable of recording 4K video in 3840×2160 at 30fps / 25fps (50Hz Area) 30fps (60Hz Area) or 24fps in MP4. The LUMIX G85 is also capable of a real-time image output to the external monitor/recorder via HDMI simultaneously while recording video. The LUMIX G85 incorporates the new 5-axis Dual I.S.(Image Stabilizer). A maximum of 150 frames in five seconds following a designated frame can be saved. Also, the camera incorporates Light Composition function as a new option of 4K PHOTO mode besides synthesizing the images by choosing and saving brighter pixels. This makes it possible to produce more luxurious, dramatic images of situations such as fireworks or night scenes inside the camera with ease.

The integrated Focus Stacking function enables users to adjust the depth of field after shooting by combining multiple images shot with the Post Focus function in the camera. The camera also enables 4K live cropping in a video recording that realizes stable panning or zooming in video recording. In panning shots, the user can simply set the viewing angle to start and end with to get smooth panning without using any special equipment like a slider.

Let us know your thoughts in the comments section below, follow us on twitter for more news and updates.