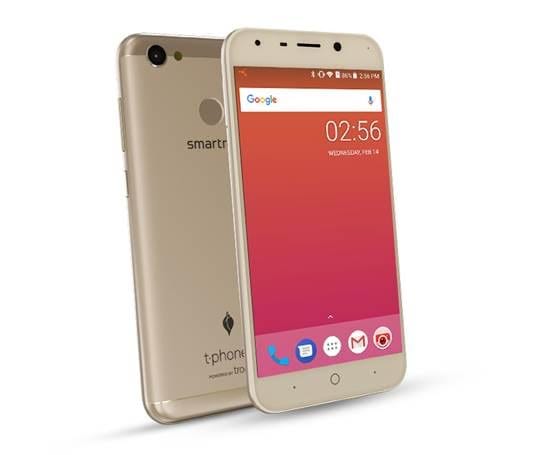 Smartron’s budget smartphone, Smartron tphone P was announced back in January, today the company has announced tphone P gold edition and also have roped in Bappi Lahiri for the new tphone P Gold edition. The brand partnered with Disco King, also known as the gold man of India, Bappi Da to reveal the #PowerOfGold for the new tphone P Gold “Sona Kahan Hai” Campaign on social media. Conceptualized and executed by Zeno Group India, the campaign is the tale of Bappi Da losing his gold jewelry and finally discovering it in the form of the powerful tphone P Gold.

As a part of the campaign, Smartron created a series of videos on with Bappi Da highlighting his need for Gold! To involve Bappi Lahiri’s fans and Smartron users, the campaign also invited them to guess where the gold was for a chance to win the #PowerOfGold which is the tphone P itself. The campaign reached out to more than 1.5 million people and created some interesting conversations online.

The device comes with a 5.2-inch HD 2.5D curved glass display and comes with 3GB of RAM with 32GB of internal storage that can be further expanded up to 128GB via a microSD card. Also, the company offers users an additional 1000GB of free storage on tcloud. The tphone P is powered by 1.1GHz octa-core Qualcomm Snapdragon 435 processor. At the rear, there is a 13-megapixel with LED flash and there is a 5-megapixel front shooter for selfies. The tphone P runs Android 7.1 Nougat with close to stock Android UI. The fingerprint scanner is present on the rear of the device. tphone P Gold will go on sale on Flipkart on April 22nd, 2018 at 11:59 pm at a price of INR 7,999.