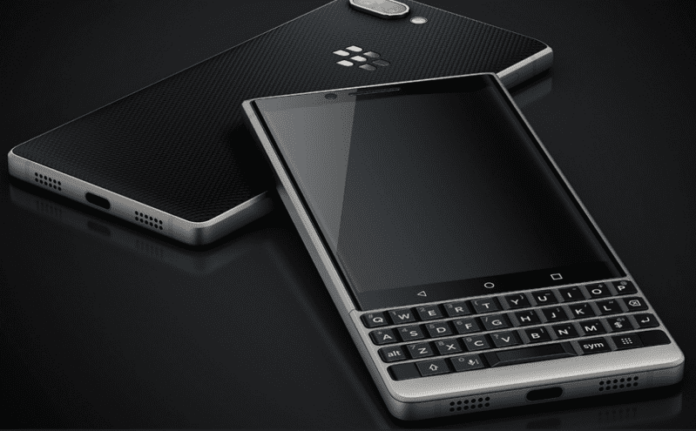 Just ahead of tomorrow’s official launch, Blackberry KEY2 has been leaked online thanks to popular Leakster, Evan Blass. On the social media platform, Twitter Evan Blass has posted the full specs sheet, Images and also the price of the upcoming smartphone from Blackberry. The device comes with textured design and also physical QWERTY Keyboard.

The Blackberry KEY2 is the sequel to the last years Blackberry KEYone, KEY2 is running on Android 8.1 Oreo. The Blackberry KEY2 sports a 4.5-inch (1620*1080) IPS LCD 3:2 aspect ratio display with corning gorilla glass 3 protection. It is powered by an Octacore Snapdragon 660 processor clocked at 1.8GHz, Adreno 610 GPU. It will come with 6GB RAM and 64/128GB onboard storage and MicroSD card support up to 256GB. The device is backed by a 3500mAh battery with Quick charge 3.0 support. According to the tweet by Evan, the Blackberry KEY2 will be priced at $649 US / €649 EU / £579 GB which is approximately INR 43,419. Would you be interested in buying this physical QWERTY Keyboard KEY2 from Blackberry? Drop a comment and let us know, follow us on Twitter for more news and updates.