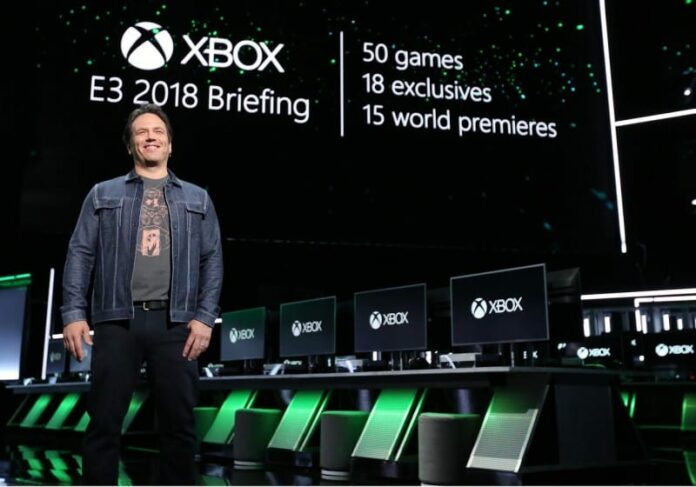 At the ongoing E3 Expo Microsoft Xbox Briefing which was the largest in Microsoft’s history with more than 6,000 people, including more than 1,000 fans, invited to attend in the Microsoft Theater. Microsoft announced a record 52 games on stage including 18 console launch exclusives and 15 world premieres. The diverse lineup included games for every type of player, from exclusives like “Forza Horizon 4,” “Halo Infinite” and “Gears 5,” and independent titles like “Session,” “Below,” “Ashen” and “Tunic” to some of the biggest blockbuster games coming in the next year like “Fallout 76,” “Tom Clancy’s The Division 2,” “Kingdom Hearts 3,” “Devil May Cry 5,” “Battlefield V,” “Metro Exodus” and “Shadow of the Tomb Raider,” many enhanced to take advantage of the power of Xbox One X.

On stage, there were three new Gears of War titles revealed- “Gears 5,” “Gears Tactics,” “Gears Pop!” along with “Battletoads,” “Forza Horizon 4” and “Halo Infinite,” a Master Chief story and the next major release in the franchise built from the ground up on the new Slipspace engine.

New blockbuster titles available to members starting today, including “Fallout 4,” “The Elder Scrolls Online: Tamriel Unlimited” and “Tom Clancy’s The Division.” Microsoft also announced several notable titles launching through the ID@Xbox program that will be coming to Xbox Game Pass this year to coincide with their debut on Xbox One. These include “Warhammer: Vermintide 2,” “Ashen,” “Afterparty” and “Phoenix Point,” as well as blockbusters from some of our biggest first-party franchises such as “Forza Horizon 4,” “Crackdown 3,” “Gears 5” and “Halo: The Master Chief Collection,” which will release later in 2018 and beyond.

With FastStart, you can now jump into your game[i] twice as fast and play after downloading just a fraction of your title. FastStart identifies which files are needed to begin playing and prioritizes the download of those files first, enabling you to quickly jump into full-fidelity gameplay while the remainder of your title downloads in the background. Simply find the FastStart-enabled title you want to play, hit Download and your console will take care of the rest. It’s that simple.

The preorders will begin in select markets for the first-of-its-kind Xbox Adaptive Controller, designed for gamers with limited mobility. Available exclusively through Microsoft Store for $99.99 USD, the newest addition to the Xbox family of controllers and devices is designed to be as adaptable as possible, so gamers can create a setup that works for them in a way that is plug-and-play, extensible and affordable. 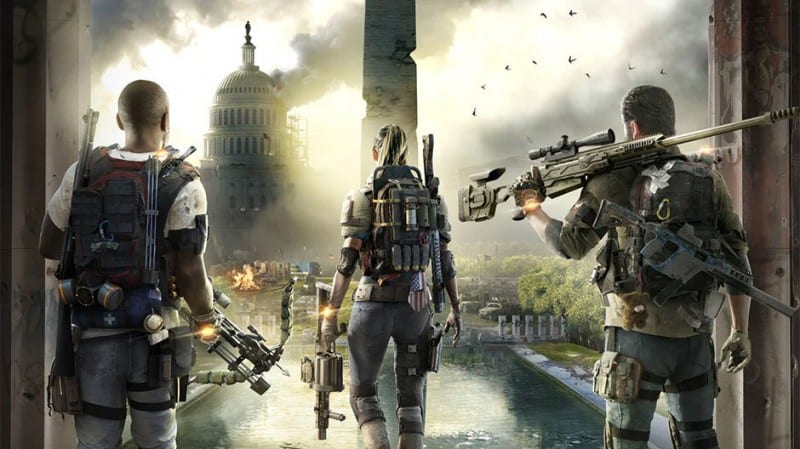 It is a live streaming service, seeing continued growth with viewership doubling in just six months to more than 20 million. The majority of this is growth from viewers on mobile

Available worldwide Oct. 19, 2018, enter mankind’s greatest conflict with “Battlefield V” as the series goes back to its roots in a never-before-seen portrayal of World War 2. Take on all-out multiplayer across the world or witness human drama set against global combat in single player War Stories, including Nordlys — a first look shown in the Xbox E3 briefing — the story of a young Norwegian resistance fighter during the German occupation, you must pay an unthinkable price to save not only yourself, but also your family.

Black Desert is a revolutionary MMORPG that delivers intense, fast-paced combat, profitable life skills and an expansive open world. Slay monsters, abominations, and gods, or engage in relaxing life skills like crafting, fishing and cooking. Become your true self in this truly open world MMORPG

Crackdown 3 brings the boom next February, where players will stop crime as a super-powered Agent in a sandbox of mayhem and destruction. Developed by Microsoft Studios in collaboration with Sumo Digital and Elbow Rocket, “Crackdown 3” delivers cooperative mayhem, signature antics, explosive gameplay and an all-new multiplayer mode, Wrecking Zone, where destruction is your ultimate weapon powered by Microsoft Cloud. Available worldwide in February 2019.

Cyberpunk 2077 is a narrative-driven, open world RPG set in the most vibrant and dangerous metropolis of the future — Night City. You play as V, a hired gun on the rise, who just got their first serious contract. In a world of cyber-enhanced street warriors, tech-savvy netrunners and corporate lifehackers, today is your first step to becoming an urban legend. 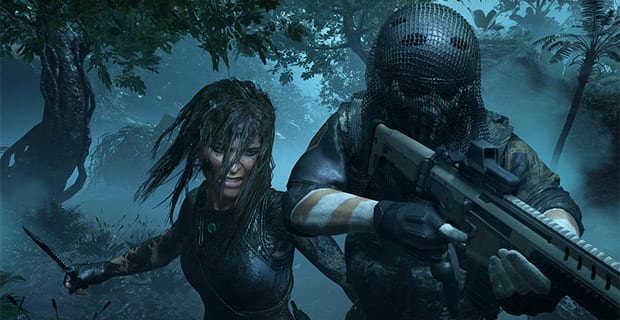 A brand-new entry in the legendary over-the-top action series comes to Xbox One in spring 2019, complete with its signature blend of high-octane stylized action and otherworldly and original characters the series is known for. Years have passed since the legions of hell have set foot in this world, but now a new demonic invasion has begun, and humanity’s last hope will rest in the hands of three lone demon hunters, each offering a radically different playstyle. United by fate and a thirst for vengeance, these demon hunters will have to face their demons if they hope to survive. The devil you know returns in the most over the top, technically advanced, utterly insane action experience of this generation.

The bold sequel to the open-world phenomenon, “Dying Light 2” brings to life a unique post-apocalyptic vision of the Modern Dark Ages, where your parkour abilities and brutal combat skills are the only things that let you dive into darkness and emerge alive. Make morally grey decisions, shape the transformation of the City and ultimately decide its fate.

The award-winning creators of “Skyrim” and “Fallout 4” welcome you to “Fallout 76” — a stunning prequel and the largest world ever created in the legendary Fallout universe. Set in the hills of West Virginia, you are one of the first to emerge, into a new and untamed wasteland.

You can look out more new games announced at the E3 here. Follow us on Twitter for more news and updates.