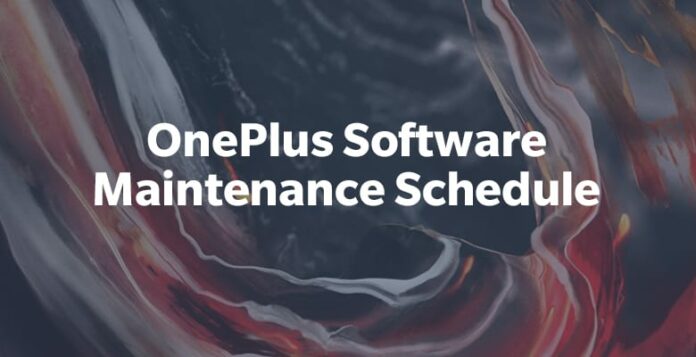 OnePlus has announced a software maintenance schedule timeline for their smartphones starting from the OnePlus 3 to the latest OnePlus 6. OnePlus has promised to roll-out Android updates for 2 years after of the release, including new features, Android versions, Android security patches and bug fixes and an additional year of Android security patch updates(up to 3 years from the launch) every 2 months.

As per the maintenance schedule, there will be 2 years of regular software updates from the release date of the phone (release dates of T variants would be considered), including new features, Android versions, Android security patches and bug fixes and an additional year of Android security patch updates every 2 months. This schedule applies to all OnePlus 3/3T, OnePlus 5/5T, OnePlus 6 devices and will be effective immediately.

With the Open Beta update, OnePlus 3 has got more than 40+ updates, the last Open Beta build for OnePlus 3/3T later this week, and at the beginning of July, OnePlus will provide a stable version of OnePlus 3/3T for beta testers to migrate back to the stable version of OxygenOS. As per the OnePlus Software Maintenance Schedule, OnePlus 3 and 3T will be getting regular OTA updates till November of 2018 and 1 year of extended Android security patches.

Finally, OnePlus said that “We look forward to bring you more exciting news about Android version updates for OnePlus 3/3T in the coming months, stay tuned.”. So, the chances of OnePlus 3/3T getting the Android P update is pretty much like a 50-50, only time will let us know, follow us on Twitter for more news and updates.