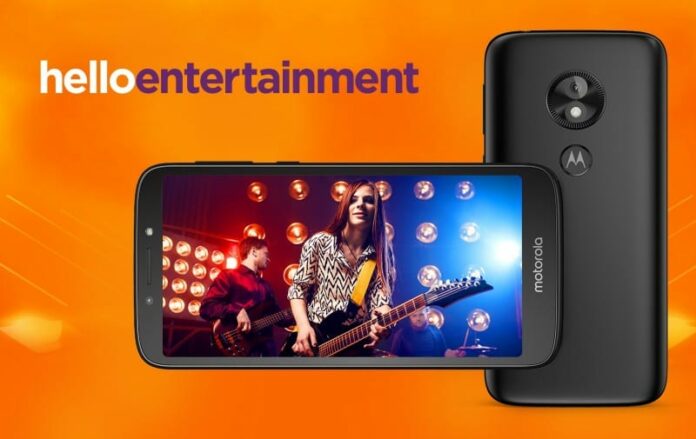 Moto has added yet another smartphone to its Moto E5 portfolio with the announcement of Moto E5 Play Android Oreo (Go edition). Moto has already announced the E5, E5 Play, and the E5 Plus along with the Moto G6 series of smartphones. The Moto E5 and the E5 Plus was launched in India a few days back starting at INR 9,999.

This Moto E5 Play is running on Android Oreo(Go Edition)which Google has optimized on its OS platform, first-party apps, and the Google Play Store to improve the capabilities of entry-level devices that come with limited processing power and storage. The Nokia 1 comes with a 5.34-inch (480 x 960 pixels) FWVGA+ 18:9 Max Vision display, it is powered by a 1.4GHz Quad-core Snapdragon 425 processor, Adreno 308 GPU. It features 1GB RAM and 16GB internal storage along with microSD card support up to 128GB.

In the camera department, it sports an 8MP rear camera with LED flash and a 5MP front-facing camera with LED flash. It is packed with a 2100mAh battery. It also comes with a rear fingerprint scanner and front-ported loudspeaker. Other features include 4G VoLTE, Dual SIM, BT 4.0, GPS.

The Moto E5 Play Android Oreo (Go Edition) is priced at €109 (INR 8,733 approx.) in Europe and £99.95 (INR 9,064 approx.) in the UK and will go on sale in UK, Europe, and Latin America later this month in black and gold color options to choose from. Follow us on Twitter for more news and updates.