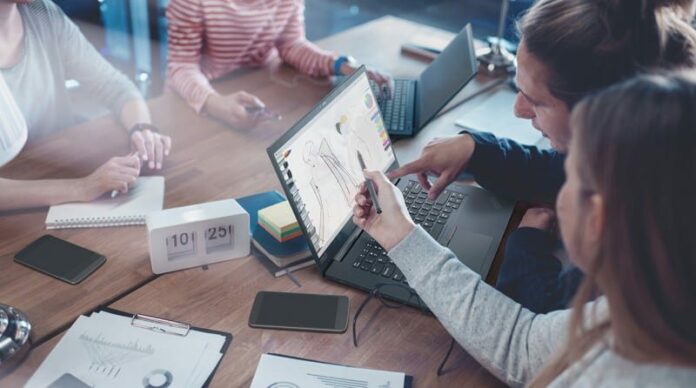 IFA 2018 kickstarted today and Lenovo has already announced a bunch of new laptops, Chromebooks, PCs, and more. At the Lenovo Tech Life 2018 product launch there where more than 500 people, including fans, media, and industry influencers, witnessed the unveiling. This 2-in-1 convertible device comes with up to a 4K 13.9-inch display. For the audio, it is powered by the Dolby Atmos Speaker System. Lenovo has also included a lens cover that you manually slide to block the camera – called the TrueBlock Privacy Shutter. The new Yoga C930 starts at €1499 and will be available starting September on www.lenovo.com and select retailers. This latest Yoga from Lenovo comes with a secondary E-Ink display. The E-Ink display servers as Keyboard, notepad, and reader. This is a 2-in-1 convertible and is running Windows 10 OS. The Yoga Book is just 9.9mm when closed and weighs just 775gms and it offers up to 10 hours of battery life on a single charge.  The main display comes with a 10.8-inch QHD  IPS panel, it is powered by up to 7th Generation Intel Core processor, the Yoga Book C930 is designed to produce no thermal noise. It houses two speakers and features Dolby Atmos immersive audio. The Yoga Book C930 starts at €999 and it will be available starting September 2018 on www.lenovo.com and select retailers.

The Lenovo Yoga S730 is a very thin laptop at just 11.9 mm and it is powered by the latest Intel processor. It sports a Full HD display and comes with Dolby Atmos Speaker System for an immersive sound experience. With a single charge, it can last up to 10 hours and it also comes with a handy fast charger that can charge up to 80% in an hour. It starts at starts at €999 and will be available starting September 2018 on www.lenovo.com and select retailers.

The Lenovo Yoga C630 WOS (Windows on Snapdragon) comes with a 13.3-inch FHD touchscreen display along with the stereo speakers setup. It is a 2-in-1 convertible that offers smartphone-like integrated 4.5G LTE Advanced Pro connectivity and up to 25+ hours of local video playback on a single charge, it is powered by the power-efficient Qualcomm Snapdragon 850 Platform. Lenovo also expanded their popular ThinkPad series with the announcement of the X1 Extreme. The ThinkPad X1 Extreme comes with a 15-inch form factor and it comes with NVIDIA discrete graphics. It is powered by 8th generation Intel Core processors, including the six-core Intel Core i9, up to 64GB of memory and dual PCIe SSD storage option. This laptop is suitable for video and photo editing, graphics rendering, and virtual and mixed reality applications. It also has a fast charger that can charge up to 80% in an hour.