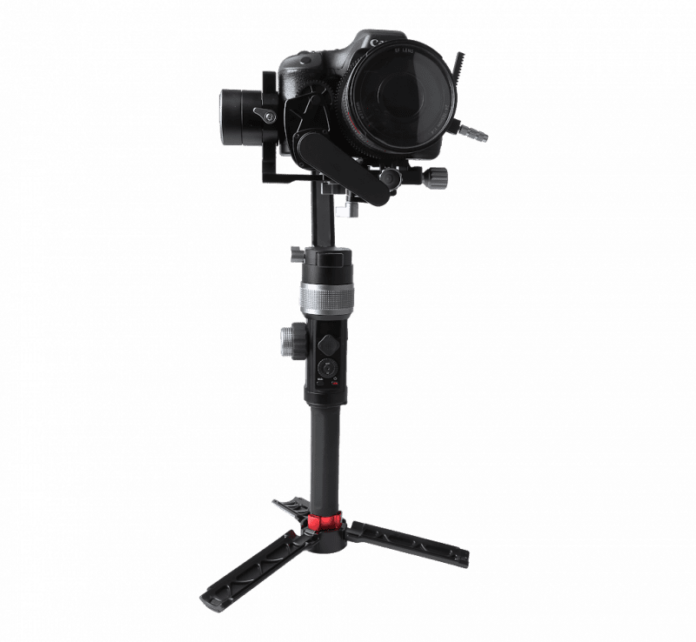 Digitek, the company which had announced 3 axis smartphone gimbal stabilizer back in July has now announced AFI Phoenix D3 Gimbal that supports the professional DLSR camera with innovative handle and built-in foldable mini tripod design. The device supports real-time camera focusing with cutting-edge features and functions to capture the moments with absolute precision and depth.

The AFI Phoenix D3 Gimbal with its 3 axes i.e. roll, pitch and pan and the gyro driving technology enables steady, coordinated and sensitive video shoots. The device can operate in four modes of full-following, pan-following, full-locking and roll-following mode to follow every detail and minute movement fluidly. The users can shoot 360-degree time lapse and scene tracking and, object rotating type of videos besides the many others. With uninterrupted switching among these modes, the users can customize the Gimbal’s effect. The roll-following mode allows users to shoot dynamic shots making the image more vivid and powerful.

When used with Canon EOS series and Sony DSLR cameras allows users to leverage a wide range of camera settings. The extended zoom system that supports features like innovative zoom design, focus and zoom by handle knob, gives users the flexibility of a freer shoot at will. The Gimbal can be controlled with the wireless connected mobile app using the built-in multi-functions for efficient and versatile shooting. It has a maximum weight capacity of 3.2 kgs with a built-in foldable mini tripod. The device can be mounted on the Dual-Grip handle supporting system, tripod, monopod, or used with a cushion shoulder strap or any other extension fittings as per the users’ comfort. The Gimbal can be used for up to 12 hrs before the batteries need to be fully recharged.

This device is priced at INR 44,995 which includes Follow Focus Kit. It is available at all leading outlets across the country and also available at Amazon.

Mr. Amit Saraf, Managing Director, IMS Mercantiles Pvt Ltd, the parent company of Digitek said, “IMS is continuously innovating its products base to bring ease of use and brilliant performance to its customers. This advanced handheld AFI Phoenix D3 Gimbal for professionals with phoenix-like swift movements is easy to use and steer and promises exemplary shoots to create an impressive impact.”