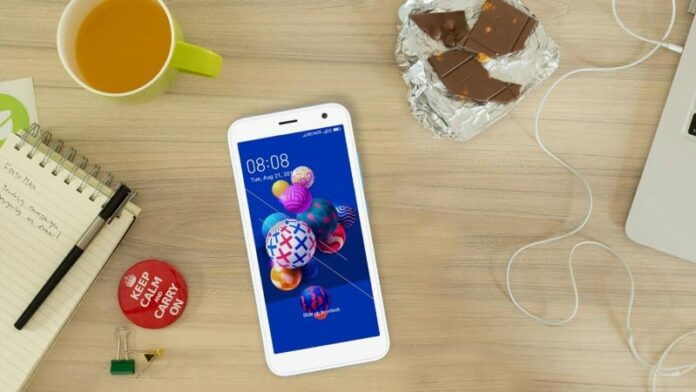 iVooMi has launced a new affordable smartphone that comes with a shatterproof display. Earlier to this, iVooMi had announced iVooMi V5 with 5-inch shatterproof display, Android 7.0 Nougat launched for INR 3,499 back in June. The new iVOOMi iPro is also powered by Android 8.1 Oreo (Go edition) which Google has optimized on its OS platform, first-party apps, and the Google Play Store to improve the capabilities of entry-level devices that come with limited processing power and storage.

The iVOOMi V5 sports 4.95-inch FWVGA 18:9 Full View shatterproof display, the shatterproof glass makes it tumble friendly, it is powered by a MTK 6737 Quad-core processor clocked at 1.3 GHz, It packs in 1GB of RAM and 8GB of storage with microSD card support of upto 128GB. On the camera front, there is a rear 5MP shooter with LED Flash and 5MP front-facing camera for selfies. It houses a 2000mAh battery and comes with Dual SIM, 4G VoLTE, WiFi 802.11 b/g/n, Bluetooth 4.0, 3.5mm Audio Jack and USB OTG support. It is running on Android 8.1 Oreo (Go edition) on top of Smart Me OS 3.0. Another feature is the facial recognition to unlock the device via the phone’s front facing camera. Also, the iVooMi iPro supports features like Time-Lapse, and AR Emoji.

The smartphone is priced at INR 3,999 and is available in Platinum Gold, Indie Blue, Matte Red color options and is exclusively available on Flipkart.

Commenting on the launch, Mr. Ashwin Bhandari, CEO, iVOOMi India, says, “After due diligence, and an extensive research, we realised that there is an ever-growing demand for entry level smartphones in the country. iVOOMi iPro has been designed keeping in mind the aspirations of a typical smartphone buyer in India who wants to own the best of technology without burning a hole in his pocket. This includes users who are switching from feature phones to smartphones but have a budget constraint. Bringing latest technology at the most competitive prices has been the core vision of the company. With this, we also decided to bring back our much-adored Shatterproof Display coupled with the in-demand AR Emoji”