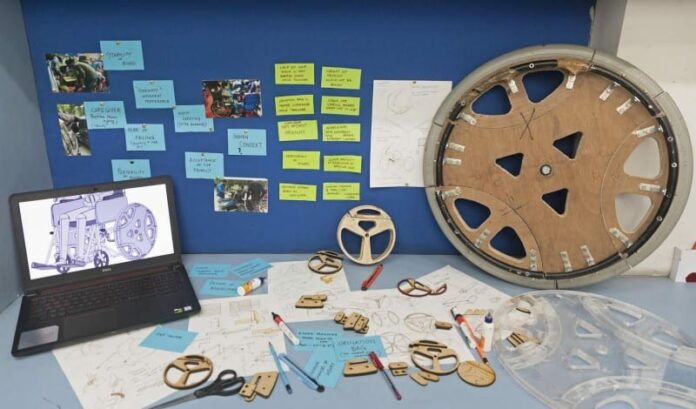 Dyson, the British company behind the V10 cord-free vacuum cleaner has recognized Amit Kumar and Rituparna Guha, Masters of Design students at IIT Delhi, as ingenious talents during the second edition of the James Dyson Award this year. The students were recognized for their innovative creation that solves a problem – SAMARTH and felicitated with INR 1,70,000 as prize money. SAMARTH is an assistive mechanism which provides an easy, safe and convenient way of shifting wheelchair users from wheelchairs to other mediums, and eases the life of caregivers as well as the users themselves.

As per the 2011 Census in India, about 2.68 Cr people out of a population of 121 Cr are affected by disabilities, which is 2.21% of the total population. Of these, 20% are mobility impaired wheelchair users. Amit and Rituparna, 25 and 26 years old respectively, drew inspiration for this medical aid while interacting with several such mobility impaired patients at the Cheshire Home for Disability. During their visits, they realized the lack of an effective solution which could efficiently shift patients to and from wheelchairs. Furthermore, the team identified that this was a problem haunting most patients suffering from paraplegia in India.  Keeping this as the central focus, they started their journey to find a solution which could positively impact the lives of these patients, and also make them more self-sufficient. 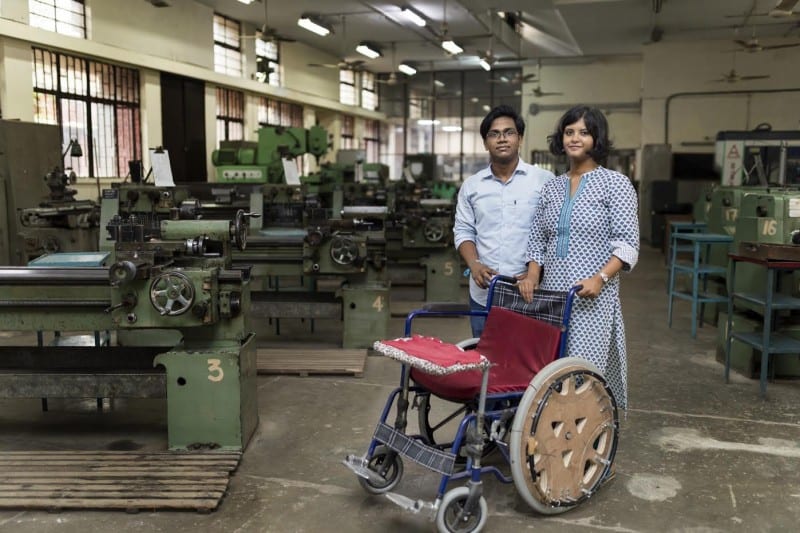 SAMARTH helps in shifting wheelchair users to any other medium e.g. a bed, a car and vice versa in an easy, safe and convenient way. It also drastically reduces the efforts of caregivers in the handling of patients, especially during transfer. The idea of creation was finalized through various visits to hospitals and care homes that gave Amit and Rituparna a deeper understanding of issues faced by wheelchair users like the fear of falling, portability and Repetitive Strain Injury for caregivers. Thus the team started brainstorming on ideas that revolved in merging the desirability, feasibility, and viability of the solution.

Numerous prototypes were built, from Medium Density, Fibreboard laser cut prototypes of the wheel, to a scaled-up acrylic laser cut 3D digital modeling version. The process took about 4 months, with several versions of the wheel tested for strength and stability, eventually leading to a full-scale wooden prototype. There were more than 10 prototypes and 3 improvisations made over time and an investment of around INR 18,000- 20,000 in the process to get to the final prototype.

“Many sleepless nights at the Design studio, repeated visits to the Indian Spinal Injuries Centre, Cheshire Home for Disability and rounds between wholesale markets, numerous prototypes and lots and lots of feedback brought us to what we call ‘SAMARTH’. We have nurtured this because we saw potential in it to reduce the pain and inconvenience caused a lot many suffering people in India,” say Rituparna and Amit as they gear up for the next step of this journey which is “designing the innovation for manufacturers.”