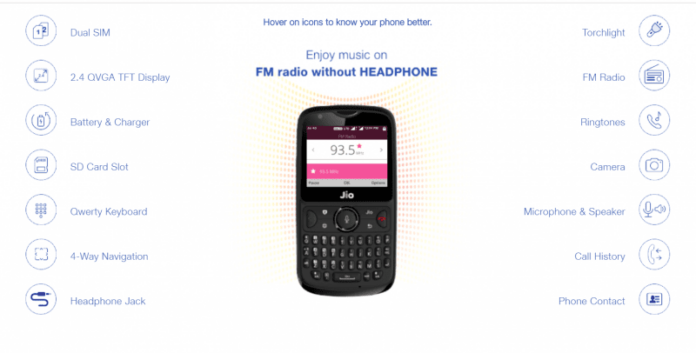 With more than 215 Million users gained in less than two years, Jio has been immensely popular not only in India but, all over the world. Jio had announced the Jio Phone for INR 1,500 last year and this year they had announced the successor, Jio Phone 2 with 2.4-inch QVGA display, QWERTY keyboard which was priced at INR 2,999.

The Jio Phone and Jio Phone are running on Kai OS and offer apps like YouTube, Jio TV and more. Today, the company has announced the availability of the world’s most popular messaging app, Whatsapp. After successful completion of the trials, for the first time, WhatsApp will be available for JioPhone across India. WhatsApp built a new version of its private messaging app for JioPhone, running the Jio-KaiOS, to give people a simple, reliable, and secure way to communicate with friends and family. The new app offers the best of WhatsApp including fast and reliable messaging and the ability to send photos and videos — all end-to-end encrypted. It’s also easy to record and send voice messages with just a couple taps on the keypad. To get started, JioPhone users only need to verify their phone number and then they can begin chatting with other WhatsApp users one-on-one or in groups.

Mr. Akash Ambani, Director, Reliance Jio Infocomm Limited, said, “During this movement of connecting the unconnected, many partners came forward to strengthen the cause. One such partner who has really stood by us from the beginning is Facebook and its ecosystem. The result of one such partnership is out for the world to see today. We will be providing WhatsApp, the most used chat application in the world, on all JioPhones starting today. Jio wants to thank the Facebook and WhatsApp team for making this happen.”

“Millions of people across India can now use WhatsApp private messaging on the best-in-class JioPhone across India,” said Mr. Chris Daniels, Vice President, WhatsApp. “By designing this new app for KaiOS, we hope to expand the ability for people to communicate with anyone in India and around the world by offering the best messaging experience possible to JioPhone users.”