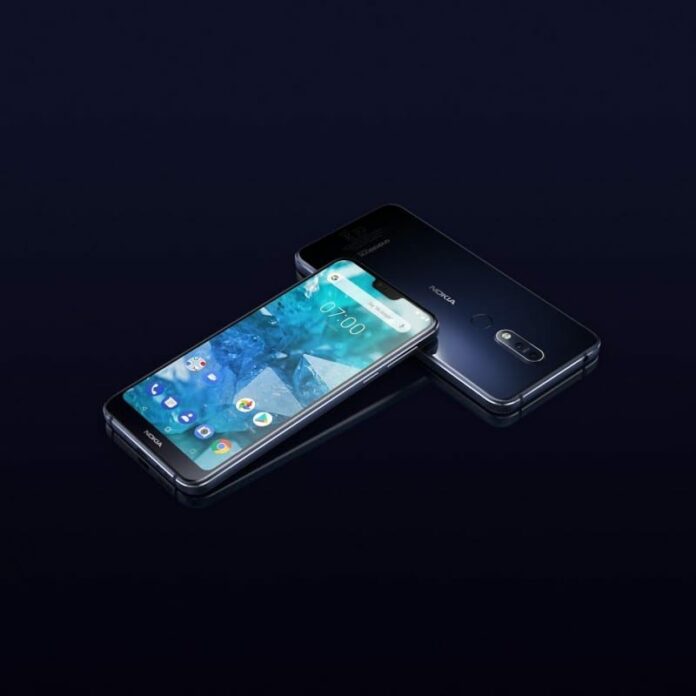 HMD Global has announced the new mid-range smartphone. The new Nokia 7.1 is an Android One smartphone which will receive three years of monthly security patches and two years of OS updates, as guaranteed in the Android One programme. The company has also announced two new Audio accessories along with the smartphone.

Nokia 7.1 comes with a 5.84-inch(2244 x 1080 pixels) Full HD+ 19:9 PureDisplay(HDR10 display) with YouTube HDR content support. The device is made up of 6000 series aluminum frame and dual-anodized aluminum diamond cut colored edges. It is powered by an Octa-core Qualcomm Snapdragon 636 Processor clocked at 1.8GHz, Adreno 509 GPU. It comes with either 3GB of RAM and 32GB storage or 4GB of RAM and 64GB storage with MicroSD card support up to 128GB. The device is backed by a 3060mAh battery with fast charging support via USB Type-C port, with just 30 minutes of charge it will juice up to 50%. Further, it runs on Android 8.1 Oreo and will be upgradable to Android 9.0 Pie by the end of next month. The Nokia 7.1 features a 12MP(f/1.8 aperture, RGB)+5MP(f/2.4 aperture, Monochrome) dual rear camera setup with dual LED flash, ZEISS optics, EIS. It features an 8MP AI enhanced front-facing camera with facial recognition, 3D personas/masks, and filters. The camera also features a one-touch live stream for bothies(recording from the front and rear cameras simultaneously) with the use of filters in real time to Facebook and YouTube direct from the camera app. Google Lens and Motion Photos can also be accessed directly from the app quickly. The fingerprint scanner is located at the rear of the device and other features include 4G LTE, WiFi 802.11 b/g/n, Bluetooth 5, GPS, USB Type-C, Nokia OZO audio, NFC.

The Nokia 7.1 comes in Gloss Midnight Blue and Gloss Steel and is available in selected markets available for €299(INR 25,465) and €349(INR 27,124) in Europe for the 3GB+32GB variant and 4GB+64GB variant respectively. There is no word on the India launch/Availability yet. The Nokia Pro Wireless Earphones is for people who are on the move. It is connected to a neckband that sits comfortably around the neck, this earphone will last for up to 10 hours of playback time on a single charge. It also comes with a built-in vibration feature that alerts the user of incoming calls, and with the smart magnetic earbuds, users can separate them from each other to answer calls or play music.