The Unbiased Blog
Home News Tech Aamir Khan’s character from ‘Thugs of Hindostan’ will now navigate you on... 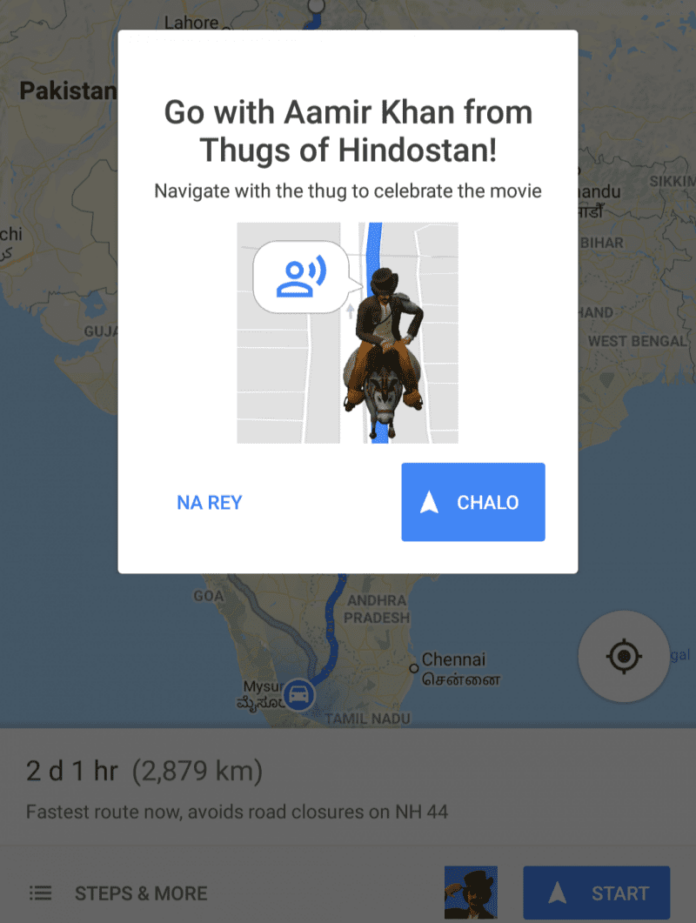 Google Maps is one of the most frequently used apps across the globe both on the Android and iOS platform. If you’re bored with the usual navigation style, Google Maps has a new character to take you on a ride. The upcoming Diwali brings the biggest releases with Thugs of Hindostan releasing on 8th November. Google Maps has collaborated with the team at Yash Raj Films (YRF) where you can choose to let Aamir Khan accompany you on your driving adventures on Google Maps for the next two weeks.

Starting today, you will have the option to drive along with Aamir Khan’s character from the movie as you navigate using Google Maps on your Android or iOS smartphone. To get started, you’ll need to first update your app from Google Play or the App Store. Next, after searching for your destination, simply tap the image of Aamir Khan’s character Firangi, found on the bottom right of your Google Maps app. You’ll then see a prompt to enable the experience. 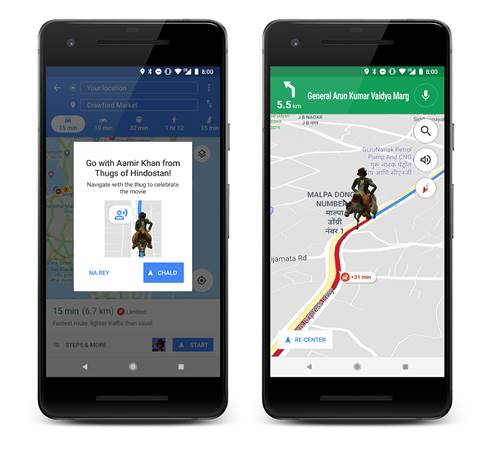 Once enabled, you’ll see the navigation arrow replaced with Aamir’s character from Thugs of Hindostan riding his donkey as he does in the movie. He’ll be a constant companion wherever you’re driving over the next two weeks to work, to the market, or to the movie theater.

“We are truly excited to bring a first-time India-specific entertainment experience to Google Maps in India. As people gear up for Diwali and to watch Thugs of Hindostan, we wanted to do our bit by making their driving journeys more fun and playful. Huge thanks to Tanuja Khetwal, Manan Mehta and the entire YRF team for helping make this possible, and we wish the movie every success” said Neha Waikar, Product Manager, Google Maps.

Have you already tried this new feature? If not, do give it a try and let us know, for more news and updates follow us on  Twitter.