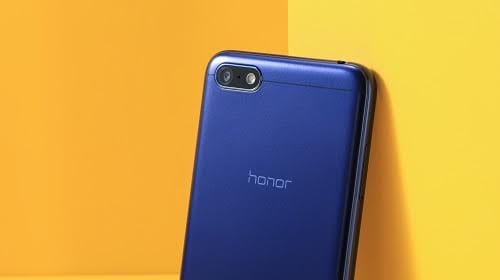 Huawei’s e-brand, Honor has announced the company has sold over a Million Honor Smartphones during the Diwali festive season sale. Honor products were available on Flipkart, Amazon and Honor’s online store. The Honor smartphones such as the Honor 9N, Honor 9 Lite, Honor 7S, Honor 9i, Honor 10 and Honor 7A were sold on special prices and offers. Honor announced that their mid-range smartphone, Honor 9N was the star product on Flipkart Big Billion Days sale. Furthermore, the Honor 8X was the best seller during the Amazon Great Indian Festival sale in the mid-range category.

Honor had also conducted the #YehDiwaliHonorWali campaign to promote the offers available on its best-selling smartphones and also spread the importance of celebrating the festive season with loved ones. Honor also announced a 300% YoY growth as compared to 2017 during the Diwali season sale. According to in-house research, Honor fans increased by 32% out of which most of them are fashionable youth and tech-savvy. Honor also witnessed a successful festive campaign #YehDiwaliHonorWali with over 3.92 million fans joining the ‘Yeh Diwali Honor Wali’ event. Honor has also announced that they have extended offers on its best-selling smartphone’s on Flipkart till stocks last due to the overwhelming response.

Speaking on the announcement, Mr. P Sanjeev, Vice President, Sales, Huawei Consumer Business Group said, “We are glad to have received the enormous love and acceptance by our Indian customers for all our devices launched this year. Our campaign #YehDiwaliHonorWali too received a great response from our Indian customers with people sharing their stories of celebrating Diwali with their loved ones. The response during this festive season has been phenomenal and equally motivating. The record-breaking sales are a true testament of our efforts in creating the best offerings for our users and fans. Moreover, we hope to deliver by exceeding expectations in our future endeavours.”