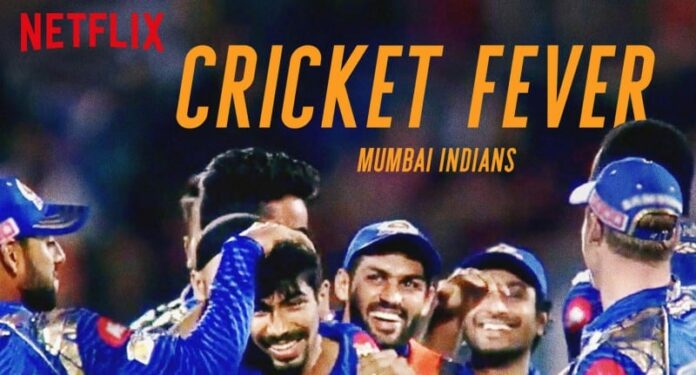 India is a cricket crazy nation and is a country where Cricket is treated is a religion and the players are treated as God, we have already seen a couple of cricket related series like Selection Day on Netflix and Inside Edge on Amazon Prime. Now, Netflix is all set to bring a new series ‘Mumbai Indians’ series to India. The series will start streaming from March 1, 2019, on Netflix.

Sleepless nights? Nervous nail biting? Screaming at your screen?
If you’ve experienced any or all of these symptoms you might have Cricket Fever, premieres 1st March. pic.twitter.com/Ujl1tq6Els

The series documents the unseen action, both on and off the field, starting with the 2018 IPL auction, when the entire team was re-organized and closes with the end of their IPL campaign. It charts the emotional arc of the team, including the intense pressure the team faces with the weight of “Maximum City”, Mumbai’s millions of citizens on their shoulders. The docu-series documents highly personal and never-seen-before journeys of the young and talented team, led by captain Rohit Sharma, owners Nita and Akash Ambani, as well as their coach- Sri Lankan legend, Mahela Jayawardene.

How excited are you to watch this series on Netflix? Drop a comment and let us know, follow us on Twitter for more news and updates.