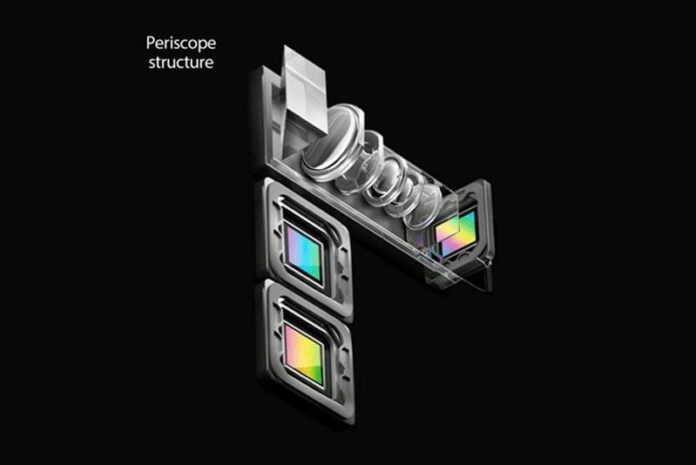 Oppo has announced its new 10X lossless zoom technology at the Future Technology Communication Conference in Barcelona, Spain just ahead of the Mobile World Congress 2019, which is scheduled to happen officially from 25-28 February. Oppo will showcase this new technology at MWC 2019. Back in 2017, Oppo had announced World’s First 5x Dual-Camera Zoom at MWC.

Oppo has developed a triple-camera solution consisting of  Ultra Wide Angle + Ultra Clear Master + Telephoto lenses. The ultra-wide-angle camera has an equivalent focal range of 15.9mm, the primary camera guarantees photo quality, and the telephoto camera, with 159mm equivalent focal range, combined with the original peep-up structure to support high-magnification zoom, can ensure a high-quality long-distance shot. All three cameras operate together to maximize their respective advantages, optimize imaging quality at various zoom ranges to achieve 10x zoom in a relay manner. To maintain image quality at all ranges, Oppo has introduced dual OIS (Optical Image Stabilization) on both standard and telephoto cameras. Further, Oppo’s periscope structure is also paramount to achieving 10x lossless zoom. The periscope-inspired design makes full use of the width and thickness of the phone through the lateral arrangement and refraction of the lens set. S

Apart from the 10X lossless zoom technology, the company also announced a new wide zone optical fingerprint (In-display) recognition technology, which effectively recognizes an area up to 15 times of the current mainstream optical solution. Users can unlock or pay by using fingerprint anywhere in the entire area. The on-screen optical fingerprint sensor provides users with a flexible, free and interactive experience that is also easy, natural and just right. Oppo’s wide zone optical fingerprint can recognition two-finger simultaneously and authentication and also Oppo says that it can achieve a security level 50,000 times of that of a single fingerprint. Also, it incorporates the Optical Encryption feature. Compared to the traditional two-step operations, where users have to activate the encryption application before they are able to unlock, all applications in the Optical Encryption Area can be activated, authenticated and unlocked with one click.

Oppo’s smartphone with the new 10X zoom cameras and new wide zone optical fingerprint scanner will be launched in 2019 Q2. For more news and latest updates from the floors of MWC 2019, follow us on Twitter and Facebook.