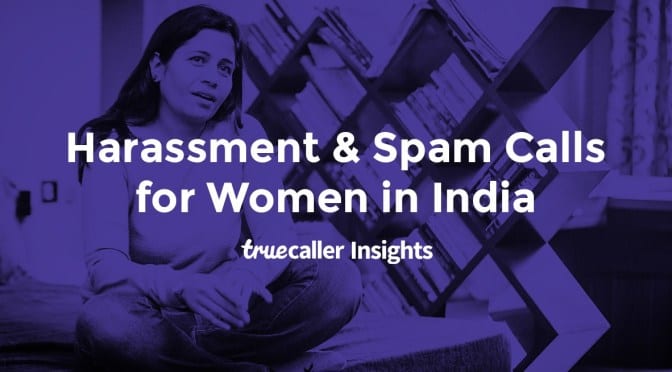 Truecaller has launched a nationwide campaign to raise awareness against women harassment that occurs through mobile phones. In conjunction to the campaign, Truecaller released the second edition of its Truecaller Insights report, “Understanding Impact of Harassment, Spam Calls & SMS for women”, which revealed 1 in 3 women in India continued to receive sexual and inappropriate calls or SMS.

The report showed that out of the surveyed women who received harassment calls and SMS, 52% received unknown calls and SMS with inappropriate content at least once a week. 74% of calls received were from unknown people to the victim and a staggering 23% calls were made by stalkers followed by 11% calls that were made from a person known to the user.

The report surveyed across key cities also revealed that 28% of women from Delhi have reported receiving harassment calls and SMS every week, making it the highest in India. Interestingly, most women were also subjected to unprecedented phishing calls with 53% of them receiving calls from fraudsters seeking to collect sensitive personal data once a week and 8% receiving counterfeit calls almost daily. Close to four-fifth (78%) of women reported feeling angry or irritated by harassment calls (compared to last year 65%), while more than one-third (37%) felt troubled, worried or frightened (compared to last year 22%). 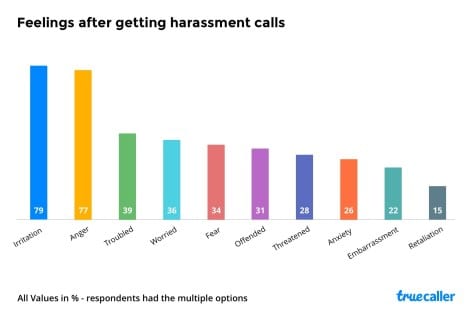 Further, the report also highlighted that three-fourths (74%) of the women took measures against these calls through various means that included blocking numbers, request for DND activation, shamming on social media and filing complaints with authorities. There is a 12 % increase compared to last year (62%.) Besides this, 99% of women surveyed used Truecaller app to identify numbers and 66% used the app to protect their privacy.

To provide a counter-narrative to the current rise of harassment, spam and phishing call to women, Truecaller launched the #ItsNotOK campaign to challenge the current status quo of normalizing harassment calls and SMS to women. The campaign is aimed to empower people to call out the actions through a conversation on the #ItsNotOK.

Truecaller partnered with WhiteBalance, a creative studio based in Delhi, for the concept and execution of a video series that features nine women across different ages, backgrounds, and professions.

Commenting on the report and campaign, Truecaller’s Global Brand Manager, Lindsey LaMont, said, “Sexual harassment through messages and calls is a worldwide issue that has not been addressed. In fact, it seems to have become normalized that many women are able to share their experience about receiving disturbing unwanted messages with sexual content or advances from strangers. Our campaign is to bring awareness around the issue, to encourage discussion, and to make a societal impact that this behavior is not OK.”