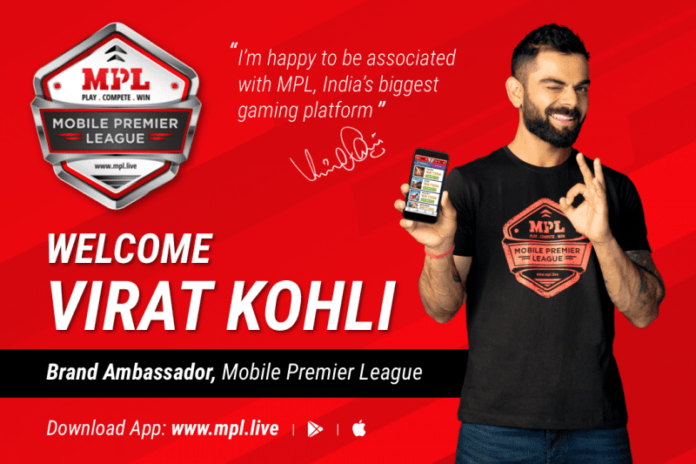 Mobile Premier League (MPL), an Indian based Mobile eSports platform today announced that they have signed Indian Cricket team skipper Virat Kohli as their brand ambassador. Virat will participate in a series of multi-channel marketing and promotional activities for the brand.

MPL is the leader in the competitive mobile gaming space where users get to participate in a range of games and compete against over tens of thousands of players in tournaments. Users can access several of India’s most loved mobile games on the platform, which hosts both tournament and 1v1 style player formats. The games are designed in such a way that anyone can compete and win. Users can download the MPL App for Android, iOS or they can play on mpl.live and join in on the action.

Esports has been gaining momentum in the Indian market with the proliferation of mobile phones and affordable data plans. According to a Forbes report, the Indian mobile gaming industry is estimated to grow to over $1.1 billion and 600 Million users by 2020. Also, the co-founder of the Platform is Sai Srinivas Kiran, who was also co-founder and CEO of CREO smartphone brand which was launched way back in April 2016 and later on the company was acquired by Hike. 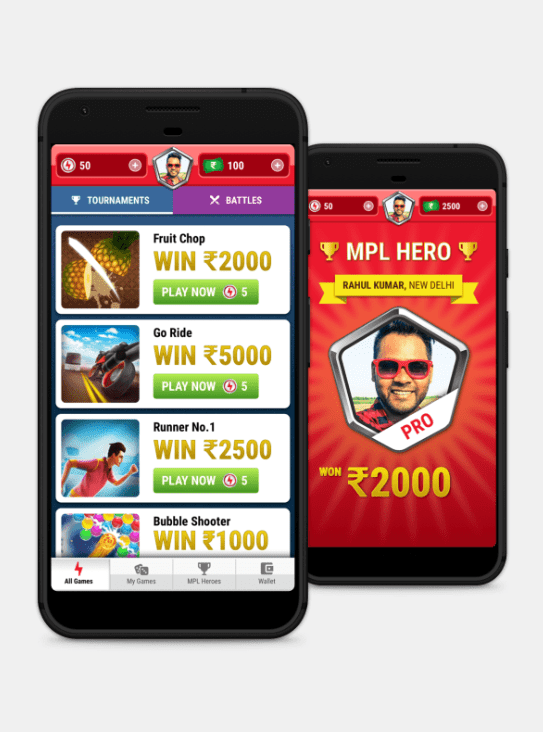 “eSports brings people together and breaks barriers of age and region, often empowering and encouraging those who play it. I am extremely happy to associate with an exciting young brand like MPL, that is making mobile eSports so accessible to Indians across the country” said Virat Kohli, Captain, India Cricket Team.

Commenting on their newly formed partnership Sai Srinivas Kiran, CEO & Co-Founder, Mobile Premier League said “Virat is an inspiration to many Indians- young and old. His focus and dedication to developing his skills as a sportsperson and the never-say-die attitude he brings to everything that he does, has resonated well with fans around the world and with our brand. MPL believes that everyone can be a winner like Virat, and through our association with him, we hope to make mobile eSports more accessible to people across the country.”

Give the MPL app a try and let us know what do you think about it in the comment section below, follow us on Twitter for more news and updates.