PEP Photo Summit 2019, Asia’s largest photography learning convention which is scheduled to happen from May 3-5, 2019, will have the renowned American photojournalist Pete Souza as their keynote speaker at the event. For the first time in India. Pete, the former Chief Official White House Photographer for U.S. Presidents Barack Obama and Ronald Reagan will be sharing the art and science of photography at the 4th edition of PEP.

Known to be one of the best photographers in the world, Pete Souza has unparalleled insights into the art and craft of photography. He was the Director of the White House Photography Office and has served as an official White House photographer for President Ronald Reagan from June 1983 until 1989. Souza has also worked as a freelancer for National Geographic and Life magazines. After September 11, 2001, terrorist attacks, he was amongst the first journalists to cover the war in Afghanistan and the fall of Kabul. 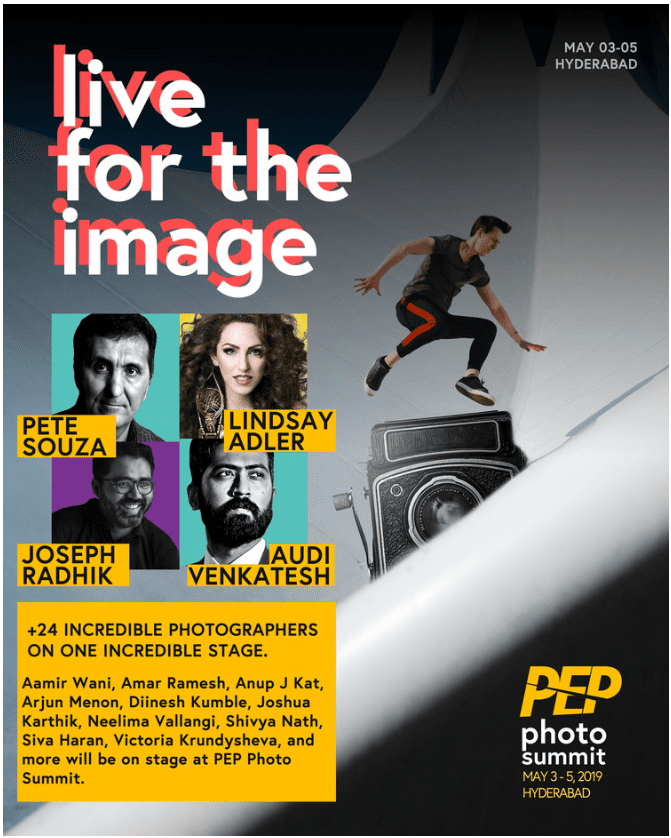 As the official White House photographer, Souza probably spent more time alongside PresidentObama than anyone else. His years photographing Obama gave him unique insight into both the gravity of the Presidential office and the responsibilities and burdens that come with it. Souza has been responsible for capturing some truly iconic photos of Obama including TheSituation Room, Spider-Man’s Web, Obama at the Resolution Desk in the Oval Office, and another of him sharing an intimate moment with Michelle Obama after the Inaugural Ball.

Pete is also a #1 New York Times bestselling author. His book, ‘Obama: An Intimate Portrait’, is a beautiful testament to President Obama’s tenure at the White House. His latest book, Shade, presents a hard-hitting juxtaposition of the Trump and Obama Presidencies through a series of clever photographs. Pete Souza has also received the distinguished status of professor emeritus at Ohio University since 2017.

PEP which was started by Joseph Radhik, Joshua Karthik and Arjun Rajan as a convention to educate photographers about wedding photography, has established itself as one of the most prestigious photography summits in the world today. The Summit is being held in Hyderabad from 3rd to 5th May, this year. Pete will be addressing about 2500 photography professionals and enthusiasts who are expected to come together to learn the Art, Business, and Craft of photography.