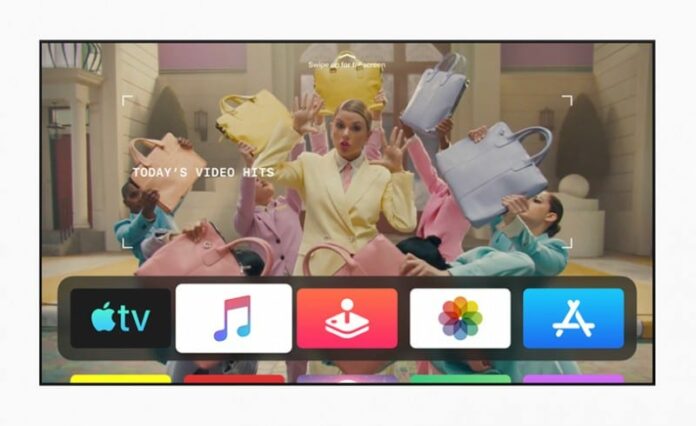 The new Apple TV Control Center makes it easy to switch between family members so everyone gets their own personalized entertainment experience. Users see their unique Up Next list and receive TV and movie recommendations based on their tastes. The new Control Center also provides users with quick access to key Apple TV features, including system sleep and audio routing. Apple Music on tvOS 13 takes advantage of multi-user support, so everyone at home can easily play their personalized playlists and recommendations. In the new Control Center, users can quickly access the song that is currently playing. In addition, users can now follow along to on-screen lyrics timed in sync with their favorite songs.

Apple Arcade comes to Apple TV 4K with a single subscription, a family of six will have unlimited access to over 100 new and exclusive games, all with no ads or additional purchases, and many will offer support for game controllers. Customers will be able to play Apple Arcade games across iPhone, iPad, iPod touch, Mac and Apple TV.

tvOS 13 adds support for the best and most popular game controllers in the world, Xbox One S and PlayStation DualShock 4, making it even easier for gamers to take advantage of Apple Arcade and other great games on the App Store. Apple is expanding the stunning collection of 4K HDR screen savers available on Apple TV 4K by taking viewers under the sea. Filmed in collaboration with the BBC Natural History Unit, the team behind “Blue Planet,” these immersive videos captured from the depths of oceans around the world showcase mesmerizing creatures and scenes.

Availability
The tvOS developer preview is available for Apple Developer Program members at developer.apple.com now and a public beta program will be available to tvOS users later this month at beta.apple.com. tvOS 13 will be available this fall as a free software update for Apple TV 4K and Apple TV HD.
For more news and the latest updates follow us on Twitter and Facebook.