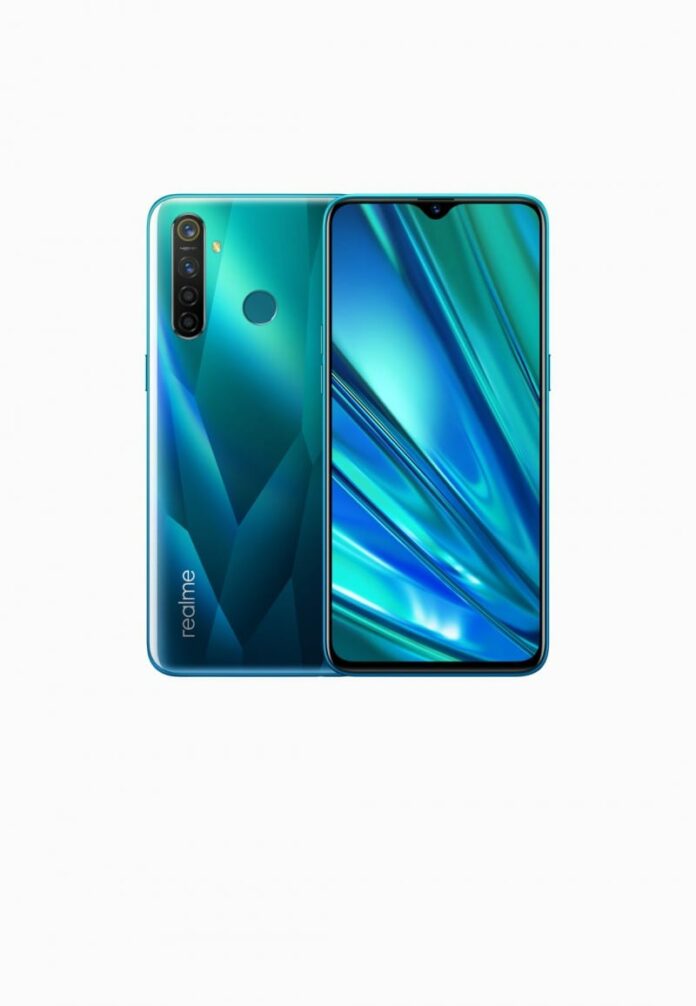 Upfront, the Realme 5 Pro flaunts a 6.3-inch Full-HD+ display with a dew-drop notch and 89% Screen-to-body ratio. Qualcomm’s 10nm Octa-core Snapdragon 712 AIE processor will power the device coupled with Adreno 616 GPU for graphics. It comes in three storage options – 4+64GB, 6+64GB and 8+128GB with MicroSD card expansion option. The Realme 5 Pro is packed with a big 4035mAH battery with Vooc Flash charge 3.0 support via Type-C port. In terms of software, the device is running on ColorOS 6.0 based on Android 9.0 Pie with a lot of customization options.

On to the optics, the Realme 5 Pro features a Quad-camera set-up at the rear with 48MP+8MP+5MP+2MP sensors with an LED flash. The primary 48MP being a Sony IMX686 sensor with Sony IMX586 sensor, f/1.79 aperture, 1/2-inch sensor, an 8MP ultra-wide-angle lens to captures 1.5x more details with 119-degree FoV, f/2.25 aperture, the 2MP super macro lens comes with a 4cm microscopic focal-length, f/2.4 aperture, and a 2MP Portrait lens with f/2.4 aperture to get a better, sharper, and clear portraits. Over at the front, the device comes with a 16MP selfie shooter with Sony IMX 471,f/2.0 aperture. The camera features include AI Beauty 2.0, AF Focusing, HDR, Night Scape, Chroma Boost to boost dynamic range and color. The rear camera supports 4K Video recording as well as Slow-mo video recording

It will be available on September 4th on Flipkart and Realme.com/in and will be soon available in offline stores.