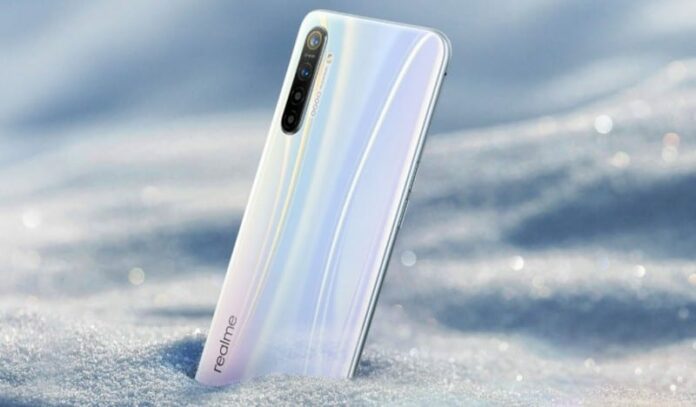 After teasing the Realme XT smartphone for a few weeks now, the Realme XT has just gone official and is the world’s first smartphone to feature a 64MP camera sensor. After all the talks and the teasers about the 64MP sensor, we finally have the official specs and the features of the device. However, the company has not announced a launch date or pricing of the smartphone yet. More details will be announced at an event next month.

On to the optics, straight up,  the Realme XT features the world’s first 64MP camera beating the arch-rival Redmi by a day margin. The Realme XT comes with a Quad-camera set-up at the rear with 64MP+8MP+5MP+2MPsensors with an LED flash. The primary 64MP being a Samsung ISOCELL Bright GW1 sensor with f/1.8 aperture, 1/1.72-inch large sensor, an 8MP ultra-wide-angle lens to captures 1.5x more details with 119-degree FoV, f/2.25 aperture, the 2MP super macro lens comes with a 4cm microscopic focal-length, f/2.4 aperture, and a 2MP Portrait lens with f/2.4 aperture to get a better, sharper, and clear portraits. Over at the front, the device comes with a 16MP selfie shooter with Sony IMX 471,f/2.0 aperture.