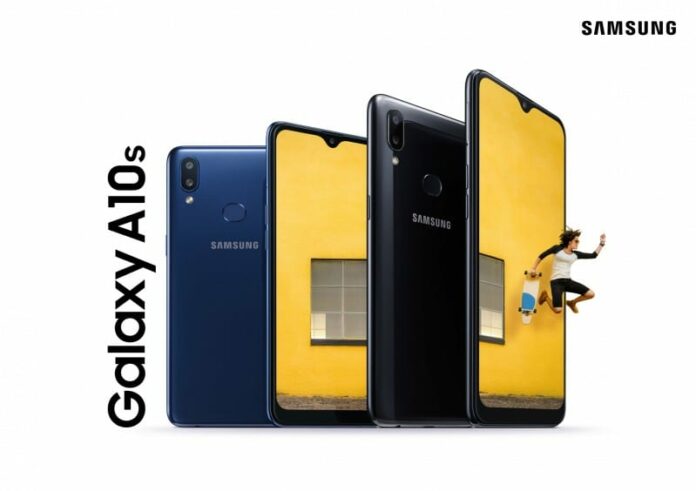 The device features the same 6.2-inch HD+(1520*720p) Infinity-V TFT display as seen on the Galaxy A10. It is powered by an Octa-core chipset clocked at 2GHz; although Samsung has not revealed the chipset name, it will most likely be the in-house Exynos SoC. The device comes in one variant with 2GB RAM and 32GB internal storage with microSD card support up to 512GB. The A10s is packed with a big 4000mAH battery and is running on Samsung One UI based on Android 9.0 Pie.

In the camera department, there is an improvement with the inclusion of the secondary sensor as the Galaxy A10s packs in a13MP(f/1.8)+2MP(f/2.4, depth) dual rear cameras with LED flash and over at the front, there is an 8MP front-facing camera with f/2.0 aperture. The Samsung Galaxy A10s also houses a rear fingerprint scanner which was missing in the Galaxy A10. It also comes with face unlock support. Other features of the device include 3.5mm Audio Jack, Dual SIM, 4G, Dual VoLTE, WI-Fi b/g/n, and Bluetooth 5.

There is no word on the pricing or availability of the device yet. However, we expect this device to hit the Indian market in the coming weeks. For more news and updates follow us on Twitter.