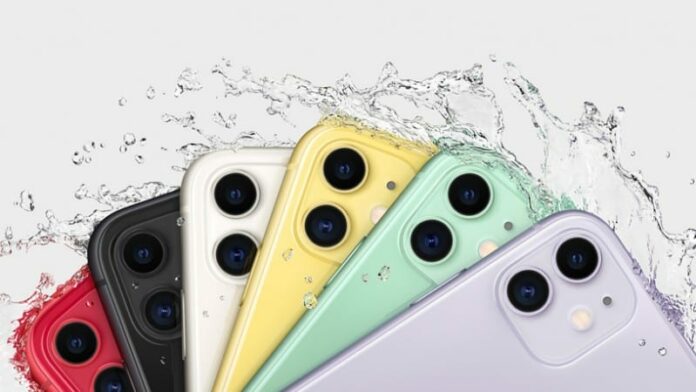 The iPhone 11 features a 6.1-inch Liquid Retina display with 1792×828 pixel resolution and 625 nits max brightness. Under the hood, it is powered by the latest A13 Bionic chipset that is up to 20 percent faster CPU and GPU than A12. A13 Bionic is built for machine learning, with a faster Neural Engine for real-time photo and video analysis, and new Machine Learning Accelerators that allow the CPU to deliver more than 1 trillion operations per second. Built for efficiency, the A13 Bionic also enables great all-day battery life. It comes in three storage options – 64GB, 128GB and 256GB. On to the camera department, the iPhone 11 comes with 12MP Dual rear cameras with primary 12MP wide camera with f/1.8, 26mm lens, OIS, and 100% focus pixel and a 12MP ultra-wide f/2.4 lens with 13mm lens, 120-degree FoV camera. The camera supports portrait mode, night mode, 2x Optical Zoom, Mono portrait mode, 4k video recording with extended dynamic range, slow-mo. Also, one can record video without switching out of Photo mode with QuickTake by simply holding the shutter button to start recording. Over at the front, there is a 12MP wide-angle camera with 4k 60fps and slow-mo.

Further, the iPhone 11 features the glass protection, it is rated IP68 for water resistance up to 2 meters for up to 30 minutes, and is protected against accidental spills from common liquids such as coffee and soda. The device is running on iOS 13 which brings a lot of new features like Dark Mode, Advanced Photo and Camera Features, Sign In with Apple, and more. Other features include new Apple-designed U1 chip for spatial awareness, Face ID with up to 30 percent faster and easier to use with improved performance at varying distances and support for more angles, Spatial audio provides an immersive surround sound experience and Dolby Atmos, and  Gigabit-class LTE and Wi-Fi 6 allow for faster download speeds and Dual SIM with eSIM.

In India, the iPhone 11 will start at INR 64,900 and will be available starting September 27th.