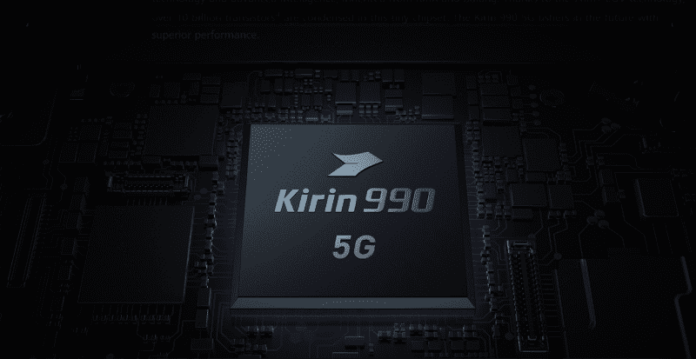 HUAWEI has announced Kirin 990 Series SoCs at the IFA 2019. The new chipsets are based on the 7nm process by Taiwan Semiconductor Manufacturer Company(TSMC). The Kirin 990 Series includes two versions of Kirin 990 and Kirin 990 5G. As the world’s first Flagship 5G SoC powered with 7nm+ EUV(Extreme UltraViolet lithography), the Kirin 990 5G features breakthrough technology and advanced intelligence, inherited from Kirin and Balong.

Thanks to the 7nm+ EUV technology, over 10 billion transistors are condensed in this tiny chipset. The Kirin 990 5G ushers in the future with superior performance. This chipset will be the successor to the Kirin 980 which was announced last year.