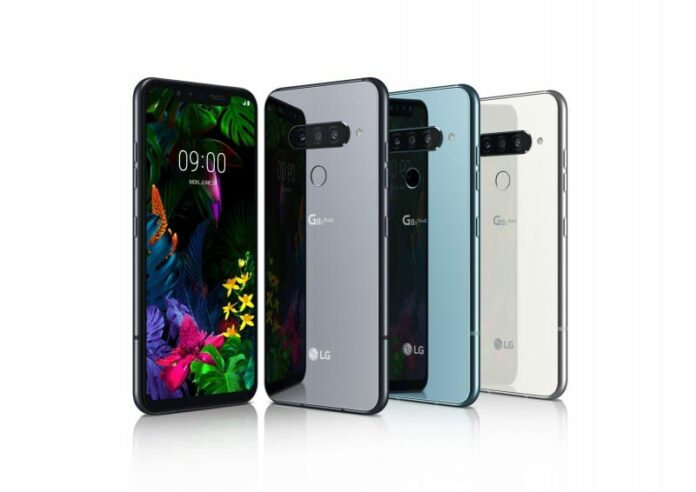 The LG G8s ThinQ comes with a 6.2-inch Full-HD+ 19.5:9 FullVision OLED display (2248 x 1080 pixels) with a notch. It is powered by a Qualcomm Snapdragon 855, Adreno 640 GPU. The device comes with 6GB RAM, 128GB storage with microSD card support up to 2TB. It runs on Android 9.0 Pie with a proprietary LG layer of skin called LG UX. The fingerprint scanner is placed at the rear of the device. It comes with 3550mAh battery with Qualcomm Quick Charge 3.0. Coming to the camera department, the G8s ThinQ features a triple rear camera – 12MP+13MP+12MP set-up with LED flash. The primary sensor is 12MP shooter with an f/1.5 aperture, 78° FoV, a 13MP 137°super wide-angle lens with f/2.4 aperture, and a 12MP telephoto lens with f/2.4, 45° FoV telephoto lens. The device comes with a dual 8MP+ToF selfie shooters- an 8MP primary sensor with f/1.7 aperture and the secondary ToF(Time of Flight) to get a better portrait shot. Some of the camera modes include – Portrait selfie, wide-angle selfie, 2X optic zoom, 137° super wide-angle, f/1.5 angle, triple shot(super-wide, standard, telephoto) with just single click, cine shot which allows animating a specific area in a photo with a touch motion, and AI portrait mode. Also, the device support 3D face, unlock along with the rear-mounted fingerprint scanner.

Further, the smartphone is IP68 Water and dust resistant rated and also MIL-STD 810G certified for toughness. It houses a 3.5mm audio jack and comes with a DAC as well as Stereo Speakers. Other features include 4G VoLTE, Wi-Fi 802.11 ac (2.4GHz and 5GHz), Bluetooth 5 LE, GPS, NFC, USB Type-C.

The LG G8s ThinQ will start rolling out from tomorrow across the offline channels for the price of INR 36,990. For more news and the latest updates, follow us on Twitter and Facebook.