Tech Mahindra, a leading provider of digital transformation, IT  and business re-engineering services and solutions announced today the launch of the T- Block Accelerator, the inaugural accelerator program for the Telangana Blockchain District in partnership with Government of Telangana and IBC Media, an innovation management company. The launch event was organized at Tech Mahindra Infocity Campus in Hyderabad and was well represented by government dignitaries, blockchain startups, educational institutes and members from the developer community.

The event was graced by several dignitaries from the government including Hon’ble Shri Jayesh Ranjan (Principal Secretary of Industries & Commerce and IT Dept, Telangana Government), Hon’ble Smt Rama Devi (Officer on Special Duty (OSD), ITE&C Department, Government of Telangana) and other leading senior corporate executives from the industry.

The launch of T-Block is a step in continuation of Telangana Government’s endeavour to make Telangana as the ‘Blockchain Capital of the World’. A Memorandum of Understanding (MoU) had been signed between the Government of Telangana and Tech Mahindra to this effect in 2018. This initiative is aimed at startups that have a strong blockchain use-case; thereby accelerating the start-up growth and therein contributing to the growth of the overall industry.

Jayesh Ranjan, Principal Secretary ITE&C Department, Government of Telangana, said, “The state of Telangana is committed to its vision of positioning Hyderabad as one of the leading Blockchain cities of the world. We are happy to set in motion the first edition of the T-Block Accelerator program. This accelerator will be a torch-bearer to multiple future blockchain accelerators in the country and we are excited to partner with Tech Mahindra to identify and promote innovative blockchain-based solutions to solve real-world problems.” 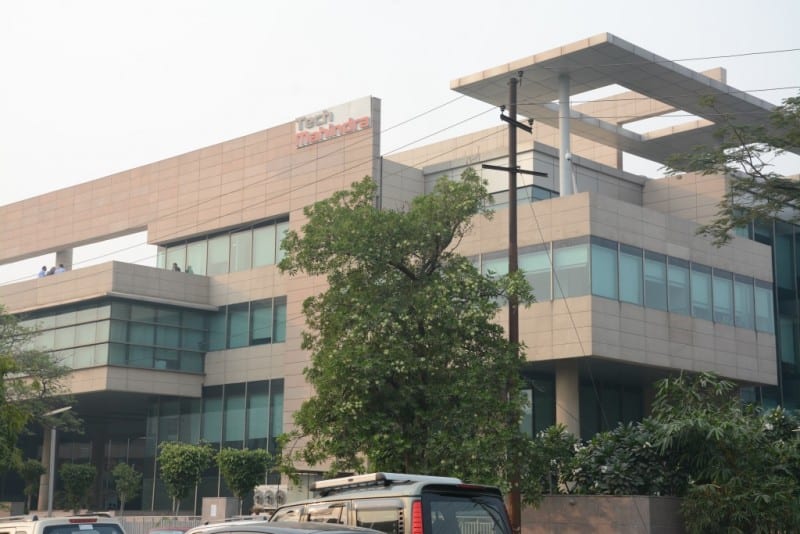 Through this initiative, Tech Mahindra, will enable creation of an ecosystem which will empower startups to solve tough business problems for clients across diverse industry verticals. The Telangana Government will help provide the required regulatory framework to enable and promote Blockchain growth.

Rajesh Dhuddu, Global Practice Leader, Blockchain, Tech Mahindra, said, “As partof our TechMNxt charter, we at Tech Mahindra have been bullish in our efforts to expand blockchain adoption in India and globally. Our partnership with the state government for the Telangana Blockchain District stems from our desire to build a world-class support infrastructure for blockchain startups and make Hyderabad a destination of choice among several new-age entrepreneurs and blockchain evangelists. We look forward to successfully running the T-Block Accelerator and building the public blockchain ecosystem in India.”

Raghu Mohan, CEO, IBC Media, mentioned, “We are very excited to partner with Tech Mahindra and run the T-Block Accelerator program for the Telangana Blockchain District. As a company driven by the potential of emerging technologies, sustainable growth and the entrepreneurial spirit, we, at IBC Media, strongly resonate with the vision of the Telangana government to foster innovation in India and are excited for the possibilities. On behalf of the startup fraternity of India, I am proud that an Indian State Government has taken such a progressive step”

The registrations for the T-Block Accelerator will be open from February 3, 2020 with a one-week boot camp, followed by a four-week-long intensive training programme. Participating startups will receive mentorship and guidance from leading experts in the startup and blockchain space. The programme includes workshops, presentations, discussions, and assignments designed to impart the practical knowledge required to build relevant blockchain products with real-world applications.

If you have an interesting Blockchain Use case and want to join the T-Block accelerator Program, visit – http://blockchaindistrict.telangana.gov.in/tblock