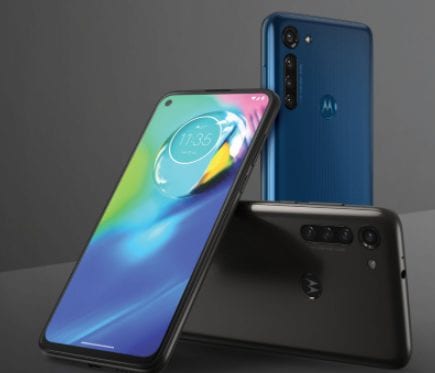 Motorola recently launched its, made in India smartphone – moto g8 power lite at a price of INR 8,999 exclusively on Flipkart. It comes with a massive 5,000 mAh battery and a versatile triple camera setup which is specially designed to cater to the needs of consumers. The smartphone was announced on 21st May 2020 in India and went on its first sale today, 29th May on Flipkart at 12:00PM.

The smartphone went out-of-stock on Flipkart in less than 20 seconds of going on sale.

Moto G8 Power Lite runs Android Pie and features a 6.5-inch HD+ (720×1,600 pixels) IPS display with 20:9 aspect ratio. The phone has an octa-core MediaTek Helio P35 SoC with 4GB of RAM. In terms of optics, it has a triple rear camera setup that includes a 16-megapixel primary sensor with an f/2.0 lens, accompanied by a 2-megapixel secondary sensor with an f/2.4 macro lens, and a 2-megapixel depth sensor. For selfies and video chats, the Moto G8 Power Lite has an 8-megapixel selfie camera sensor at the front that is paired with an f/2.0 lens.

In terms of storage, the Moto G8 Power Lite comes with a 64GB of storage that is expandable via microSD card (up to 256GB). Connectivity options on the phone include 4G LTE, Wi-Fi 80211 b/g/n, Bluetooth v4.2, GPS/ A-GPS, Micro-USB port, and a 3.5mm headphone jack. There is also a fingerprint sensor at the back.

The moto g8 power lite will soon be back on Flipkart with more stocks in two colour variants – Royal Blue, and Arctic Blue.