The Unbiased Blog
Home News Tech Logitech G502 Lightspeed – The Unbiased Review: The Best There Is! 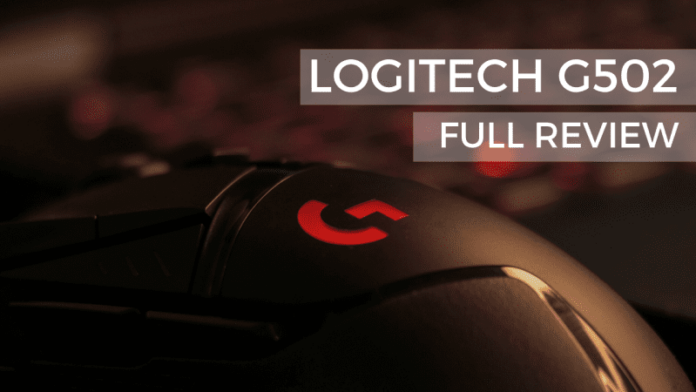 Logitech has been a leader in PC peripherals for a long time now, producing some of the best gaming keyboards and mouse outs there. And now they have made a refresh to the Logitech G502 Lightspeed bringing out the company’s most loved gaming mouse with changes such as making it lighter, faster and wireless. If we’ll go back in time, G502 got an upgrade after almost 5 years. The G502 Lightspeed comes with a bunch of excellent features aimed to capture the gaming market. If you want one of the finest and best gaming mouse ever without the hassle of coping up with wires. This one is the best out there but is it worth spending a huge sum? After extensively using it for around 4 weeks as our primary mouse, here’s our review of the Logitech G502 Lightspeed. 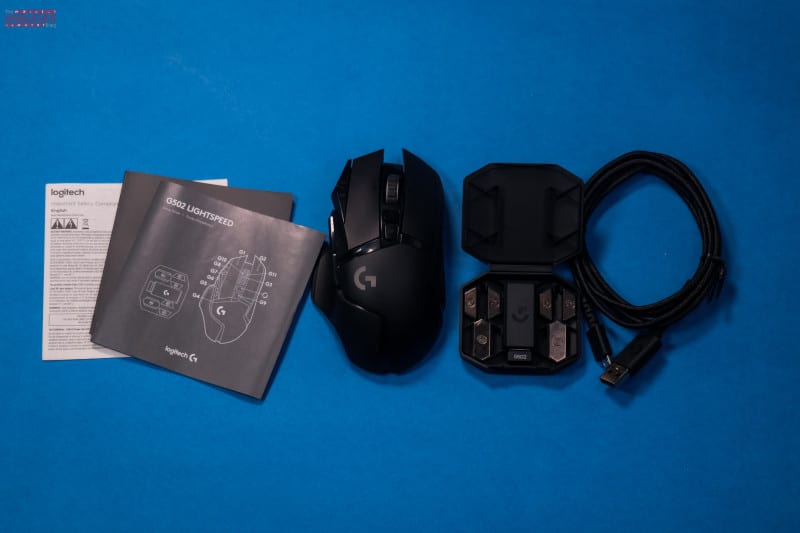 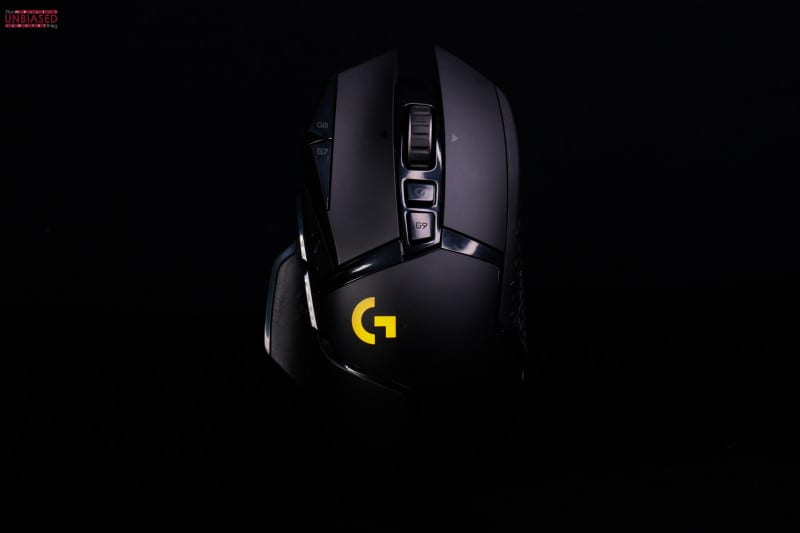 The Logitech G502 Lightspeed gets its design and looks from the previous iterations of the G502 and G502 HERO, so you already know how the G502 Lightspeed looks like. It is a pretty large 5.2 x 3.0 x 1.6 inches right-handed ergonomic mouse with textured grips and curved thumb rest. Even with its internals completely redesigned, if you cut the wire off from the older G502, you’d probably get the look of the new G502 LightSpeed. The looks of the mouse hasn’t evolved much since 2004 and it’s for a good cause.

It comes with a beautiful angular design with a matte gloss upwards. On top of it, there are 11 customizable buttons: right-click button, left-click, middle mouse click and clickable scroll wheel. Below that, there’s a button that adjusts the scroll wheel’s resistance, which adjusts the sensitivity of the scroll wheel. In case you want to scroll the whole page in just a single roll. This scrolling wheel deserves a huge shoutout as it allows the bearing to spin faster for rapid scrolling as well as slower scrolling which saves time in different scenarios. Maybe its me, but I love playing with the mouse wheel most of the times. Right below that, there’s a programmable button which by default checks on the battery level with the three battery indication lights on the left. Its ergonomics is similar to the Logitech MX MASTER 2S and felt very comfortable and natural during our usage. 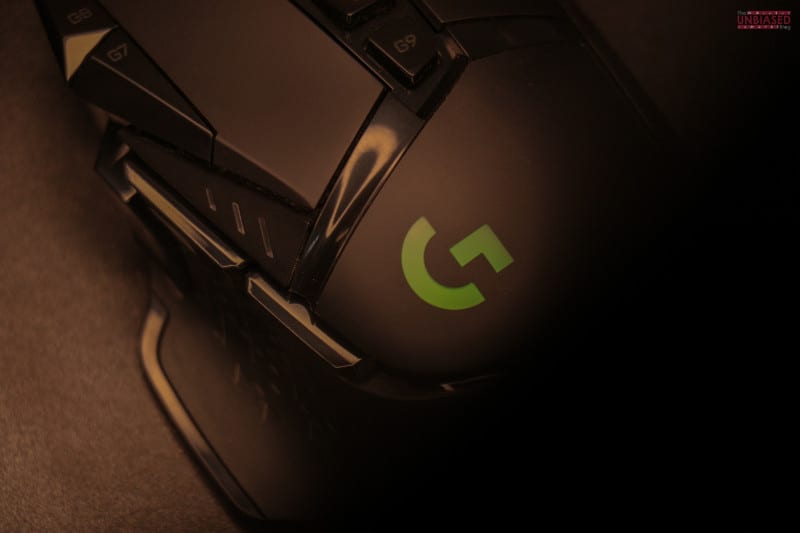 Weighing around 114 grams, this is 7grams lighter than the G502 Hero announced last year. At the left side of the left-click button, there are pairs of DPI (dots-per-inch) sensitivity-adjustment buttons. On the right side, there are two large thumb buttons and a “sniper” button which can temporarily adjust the DPI by lowering it which can be useful for aiming at longer distance shot in FPS games. There are too many buttons on a not large mouse, which some may feel over-crowded and there maybe accidental clicks, but once you get used to it, it feels pretty good. The placement of the buttons really speaks volumes about the attention to detail that Logitech gave here. 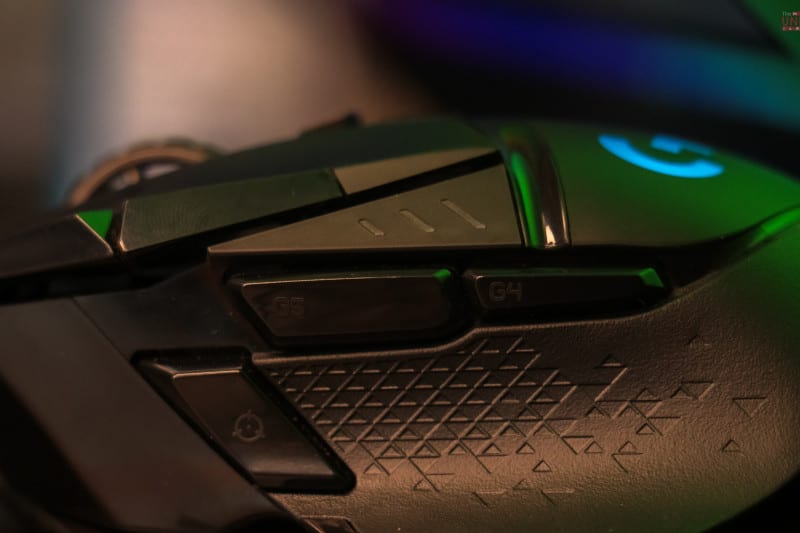 Flipping the G502 over, the mouse gets even more interesting. Here you’ll find the power on/off switch and a small circular pop-out compartment that stores the wireless dongle and also can store two optional 4-gram weights which can be used for adjusting the weights based on the user’s preference which means its weight can be increased up to 14 grams by fitting extra weights into the compartment which is embedded under the hidden compartment of the mouse at its back. The buttons on the G502 Lightspeed feel clicky, sensitive, and well-positioned. It’s as lightweight as you can slide it effortlessly on soft as well as hard surfaces. The grips on both the side are rubberized which resists the mouse slipping from the hand during extensive gaming sessions. 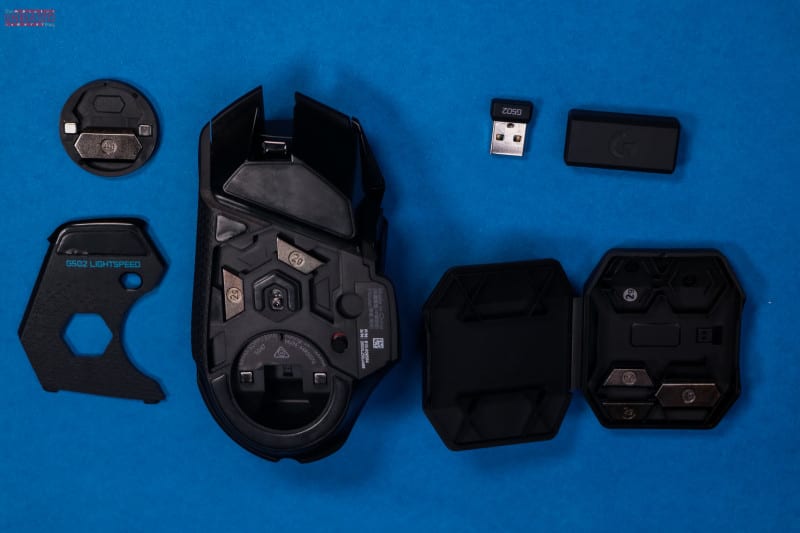 One of the few things that only high-end gaming mouse get is tunable weights which can play a major role in comfortability. Similar to the wired G502, this new G502 Lightspeed comes with a back compartment where you can add metallic weights. While the design isn’t exactly the same as on the older G502, the results come out to be the same. Yes, the design of the G502 hasn’t changed a lot in the previous five years, but there aren’t any issues with the current design. So why change it when it’s not broken? 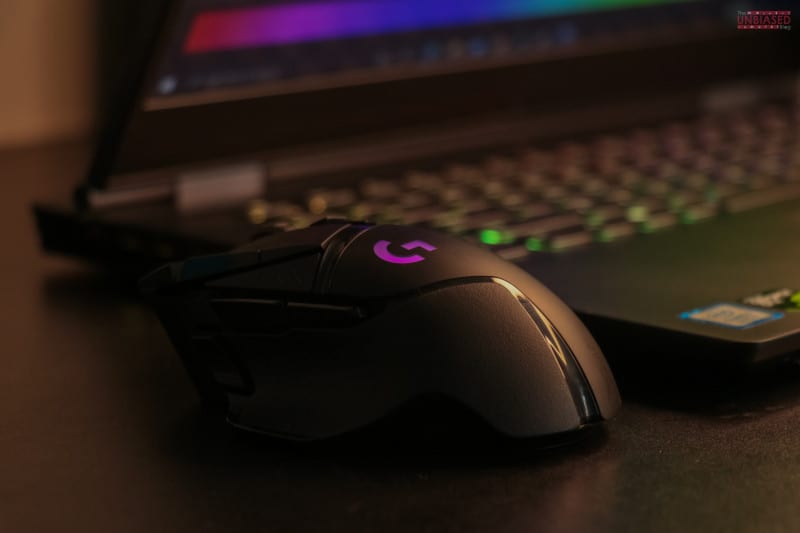 The Logitech G502 Lightspeed runs on the same Logitech G Hub software, which can be used for customizing DPI (from 100- to 16,000), changing backlighting and for re-programming all of the mouse’s buttons. It’s also compatible with Logitech’s Powerplay wireless charging mousepad which costs INR 8,783.39 and has a USB Type-A port that can be connected to the PC. It’s a good implementation but it significantly feels expensive on your pockets while buying both the things. If you are someone who doesn’t want to fetch out another INR 8000 along with the mouse, it promises a good battery backup on board.

As far as the battery backup is concerned; if you’re not using it with a charging mat, then it claims up to 60 hours of battery life with no lighting and 48 hours with default lighting. The colour of the G logo on the palm rest can be changed through the software and that’s just the only part of the mouse which lights up and gets noticed upon connecting.

With the help of the Logitech G Hub App, user can even generate different kinds of gaming profiles with customisation for different games to increase the productivity of the gameplay. Bringing an upgrade from wired to Wireless mouse, the G502 lightspeeds have wireless capabilities, the performance was impeccable in my experience. I tried a short gaming session and surfing over the internet and more and I never faced any issues with it. Each of the mouse button can be customised according to the user’s preference. You can assign mix commands as well to the mouse. 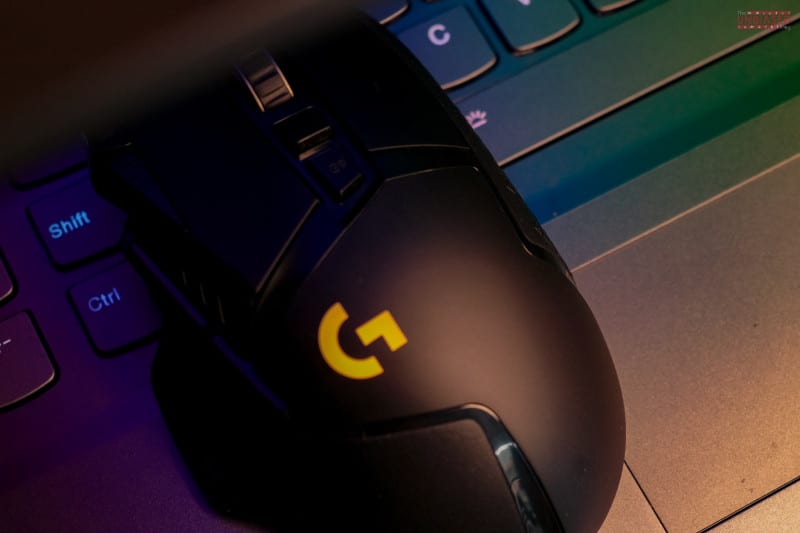 There’s no surprise here, the Logitech G502 performs similar to the older G502 mouses or better, the mouse performed flawlessly in games. With the new mouse in hand, I felt I had much greater control in just my hands rather than using the keyboard for some shortcuts. It checks all the checkboxes and performs better than its wired equivalent and one doesn’t need to ask for more. It boasts a Logitech HERO16K sensor which offers perfect pixel tracking cutomisation from 100-16000 DPI without any filtration and acceleration to the DPI which means it can even handle high DPI games with low sensitivity.

With those programmable buttons, the G502 Lightspeed is ready to be played with any game that you throw at, it has the form factor for a first-person shooter, and more. It is fast and responsive, and with the DPI button placed at the position where I rest my thumb, I had an easy and precise aim at my opponents. The HERO 16K sensor with 1,000 Hz polling rates provide loads of opportunities for gamers. 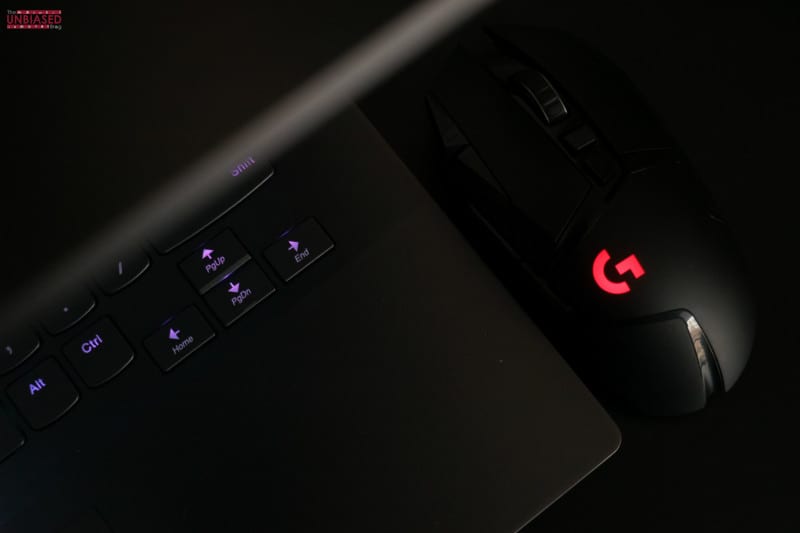 This is a fabulous gaming mouse; 100% accurate and blazing fast even being wireless along with excellent weight and its ergonomics. It’s difficult to find problems with the Logitech G502 Lightspeed rather than just the price. With the classic ergonomic design with wireless capabilities, a good battery life, there isn’t a lot to worry about. With all those customizable buttons and the weight distribution system, the mouse may stand its worth. The G502 series has been enjoying unchallenged success and the new mice seems to be continuing the same. At Rs.13,495 INR, its one of the best feature packed mic that one is looking for. If you can afford it,you won’t feel disappointed.

Disclaimer: We tested the Logitech G502 Lightspeed as our primary mouse for a period of 3 weeks. All our reviews are unbiased and are published without the brand getting to read them before you guys. We don’t change our reviews on pressure from brands and that’s the reason we are not sent review units from companies like Samsung, OnePlus, and a few more.