The Unbiased Blog
Home News Tech I Wear my Apple Watch on my Right Wrist and a Mechanical... 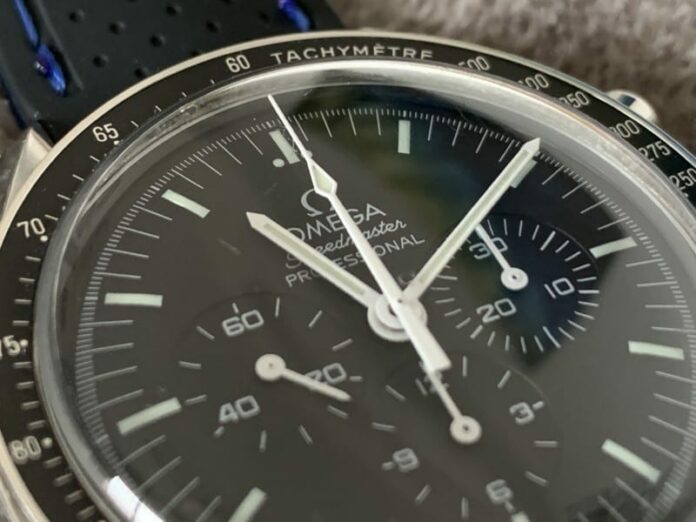 I was in Class 6, the year was 2001 when I first saw a G-Shock on the wrists of my neighbour. He was a cool guy, about 5 years elder to me. He would wear it to play, school, tuition classes and perhaps to bed too! The watch looked insanely cool, it had a light! Damn, I lusted and how after a G-Shock. They were relatively rare in India back then, at least on the side of town I was in, and it took a lot of convincing and promises to do well academically for my father to bring one of those for me from his trips abroad. Once the G-Shock was in, it was nice, but the Data Bank was cooler. It could save phone numbers. At a time when cell phones reminded you of bricks, to have this nifty device on your wrist with a hologram digital display was akin to no less than being in a Marvel Universe. The lust began again, so did the chase. What started as an innocuous passing interest became a passion and hobby down the years. 19 years, plenty of wristwatches came, went, traded, lost, there was no record until about 5 or 6 years ago. Natural progress in terms of career meant that I could go after and purchase some of the mechanical watches that I had been reading all about. Like everyone I started with the Seikos, Orients and the Hamiltons of the world, in fact, the Seiko 5 was the first ‘proper watch’ I owned. By then, I was well aware of the intricacies of mechanical watchmaking. 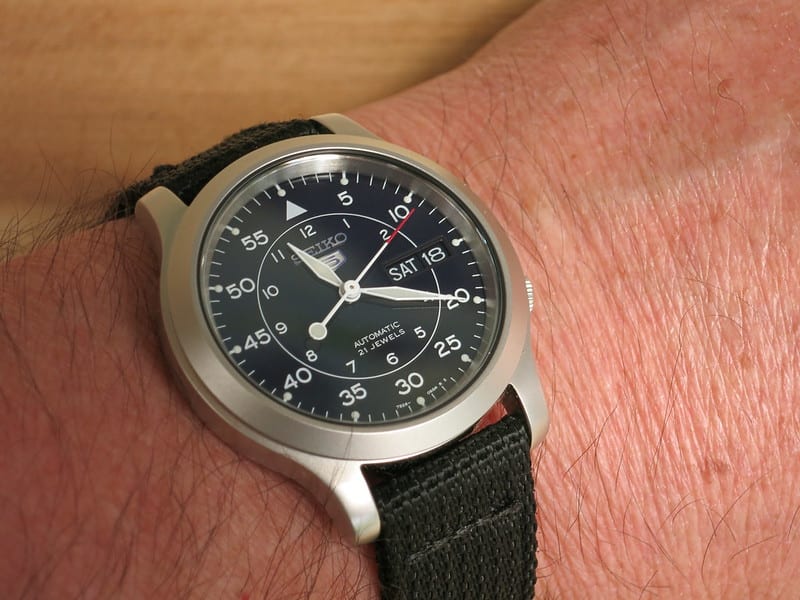 This period kind of overlapped with the first Apple Watch coming to town. Having just blown about $300 on a Seiko 5, affording the new Apple Watch was tough. A couple of negotiations later and a promise to pay back the loan, once again, dad stepped in to help and finance the piece which he would pick up from Hong Kong for me. That was my first encounter with the Apple Watch, the OG, the first-gen. Since then, about three Apple Watches later and about 25 mechanical watches later, here is my diary on where they both fit and why I would rather have both, look a little stupid (to some of those who notice), but not let either go.

Before going down the rabbit hole that mechanical watch collecting is, my childhood, like most, was filled with Digital or Quartz watches. A watch going rogue simply meant you took him to whatever watch shop you could find, replace the battery and it’s good. Worst, the mechanism goes, you throw it away, get another. It was disposable. When I first held the Apple Watch, the feeling was very much like that of owning my first G-Shock. It was terrific, it did many things, it was proper utility and it scratched the itch of telling the time on the wrist. The Apple Watch since has become the device that I am handicapped without thanks to glanced notifications, calendar reminders, deep breathing exercise, timely heartbeat report, navigation while walking and a lot more. It’s a proper utility. Currently, I am living with my Series 5 and the ECG functionality is one that I use weekly. With my father undergoing an angioplasty a few years ago, the device is a good indicator if things are going well. The watch motivates me to get up every hour and in these crazy times of work from home, that has been brilliant. Oh, and did I tell you it reminds me to drink water every two hours? Yes, such is the reliance. It’s like a laptop, it serves a purpose, and genuinely has a use. 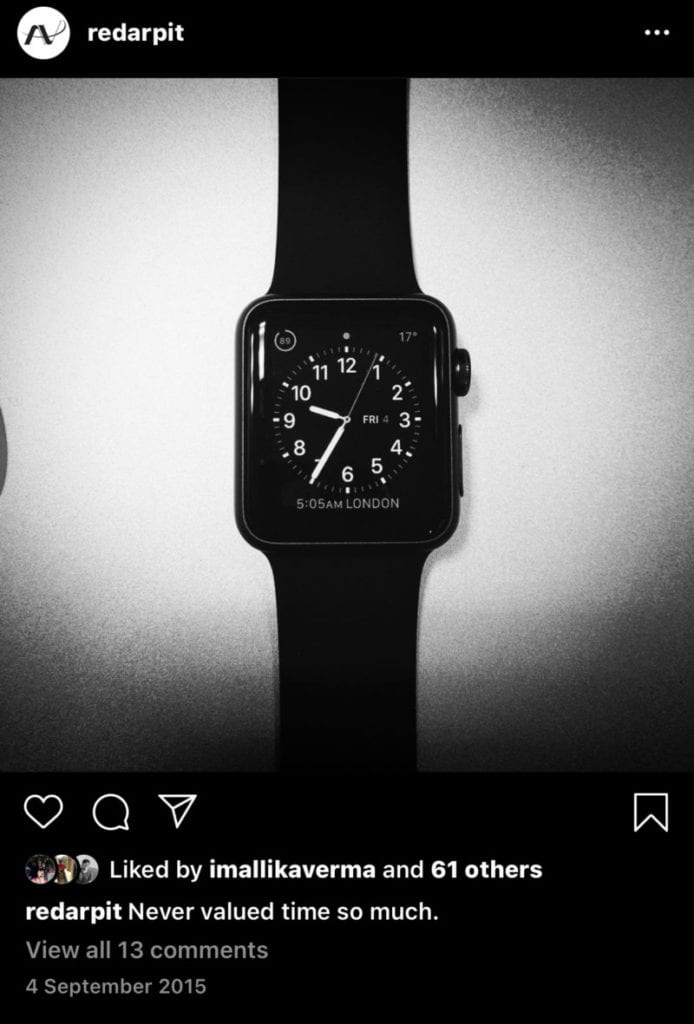 You may ask, if it serves a use and tells time, you are good to wear it as your wristwatch and go about right? I mean yes, it would, but you are being overtly practical, keeping aside all emotions.

Imagine this scenario, down the valleys of Switzerland or Japan (wherever your affluence lies when it comes to mechanical watches) in a studio far away from the public, hundreds of tiny parts come together, masterly crafted, beautifully polished and finished by an expert watchmaker, hand-assembled in most cases, put together within millimetres of tolerances only so that you can tell the time. When these hundreds of parts come together in sync, all moving in a rhythm, in a system to show you just what hour it is, just the pure essence or the coolness of time comes through. You are taken back to a time when the time was not just a screen, you worked hard to tell it. It is truly yours now, made only for you. That right there is a tradition, art, craftsmanship, insane engineering and a lot of emotion. A lot of good mechanical watches make for great heirlooms, great stories and more often than not last a lifetime.

An Apple Watch will never compete for that. I mean, would you ever hand down your Apple Watch to your child? It would probably be dead in 4 years anyway. He would look at it like you today look at a floppy drive. Pointless. A mechanical watch is therefore timeless. Its this feeling of continuity and marvel that keeps me hooked on watches. A watch is a mechanical watch, the Apple Watch is a brilliant computer. Both have their purposes. One satisfies the mind, but the other strikes your soul.

Apple Watch Series 6 will be a hit

So how can you choose between them when they have totally different use cases. For most on the planet, an Apple Watch would be a great watch. It has everything and the Apple Watch Series 6 is a solid release. I genuinely believe that Apple decided to hurry and announce it when it did, because it saw the opportunity where people want to track their health closer now, than ever. Especially with SPO2 reader built-in, in the times of COVID, these will be a hit. They have some gorgeous new colours, bands and overall, it’s a more powerful Series 5. Had it not been for COVID, the watch easily could have waited for a month, till the rumoured October 12th event where Apple plans to announce the new phones because there is nothing really inspirationally new here. 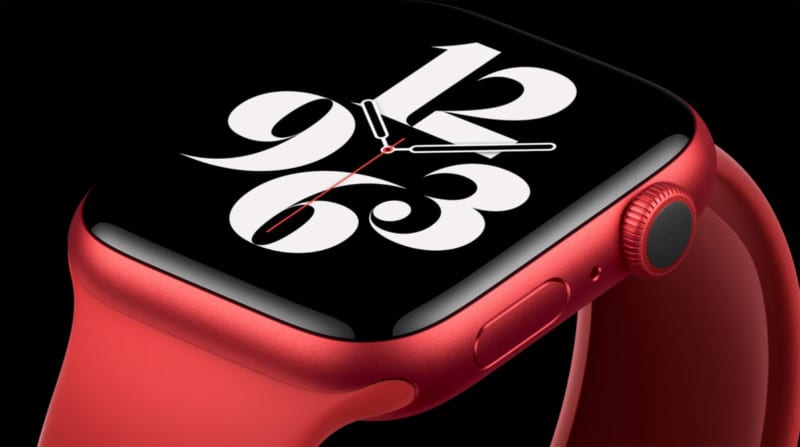 I also applaud Apple’s decision to not include the charger in the package. I have personally not unpacked at least 4/5 Apple chargers from my past purchases. I have a lot of them lying around anyway. But this does pose a potential issue for a first-time buyer. What would have been appropriate is, if Apple could take your App Store ID at the time of retail and if it finds that you are a new user, bundles a charger brick at no cost. But hey, they don’t do anything for free at Cupertino, do they? 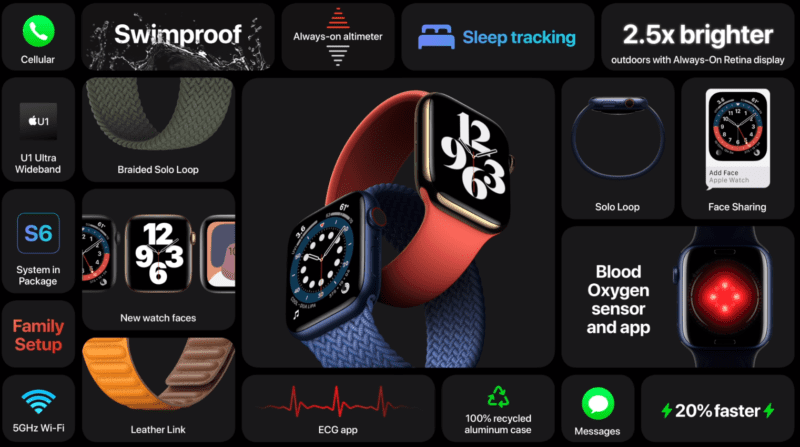 So, coming back to the topic of Apple Watch and Mechanical Watches, I have a demand from Apple. I know it looks dorky to wear two watches, and there is no way unless I am playing a sport or doing a frantic gym session, I pick an Apple Watch as my primary watch. So what I would like Apple to do is make one of those arm straps that many do for iPhones, the ones for runners. I would gladly discreetly put one of them on to help the watch track my vitals, nudge me for notifications. Yes, I would not be able to perhaps read the notifications, but for aesthetics of wrists, I am willing to do that. But that is all pretty much what I am willing to sacrifice as the watch has become an integral part of the device ecosystem.

Till that happens though, I will continue to sport two watches. The Apple Watch on the right and a proper mechanical watch on the left. And yes, now, if you are not convinced by my story or defence, you are free to call me a #WatchIdiot or whatever the new slang is. Though when you do that, just spend some time reading about watches, trust me, you would be glad to be called a #Watchidiot too!

The article is contributed by Mr Arpit Verma and the views are strictly personally of the author. He leads marketing at Mumbailive.com and can be reached on @Redarpit on Twitter.