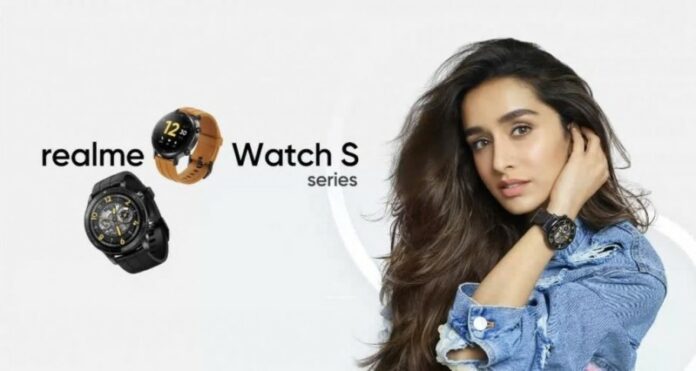 The Realme Watch S Pro under the hood, is powered by the ARM Cortex-M4 chipset,  runs an unnamed custom platform. While it looks like the non-Pro model which was launched previously, it packs in a 1.39″ always-on AMOLED touchscreen with a screen resolution of 454×454 pixel resolution with auto-brightness. The company has packed in over 100+ watch faces, along with the option to upload your favourite picture from the smartphone to use it as a watch face. 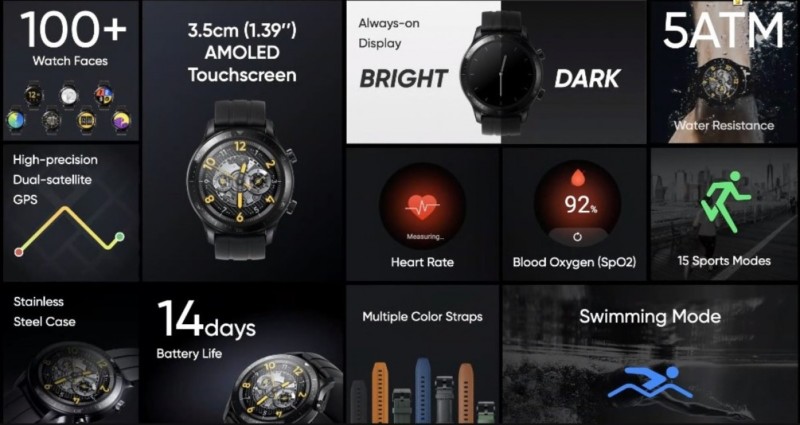 The casing of the Watch S Pro has been made of SUS316L stainless steel and it weighs 63.5 grams with the straps, which come in silicone and vegan leather options in a total of four colours – Green, Brown, Blue, and Black. The last one is bundled with the watch and is made of silicone, with the rest sold separately. There’s also a heart rate monitor and also has a SpO2 sensor onboard for blood oxygen level measurement. The other features include dual-satellite GPS, 5ATM water resistance, Idle Alerts, and Drink Reminder. It also comes with Smart Notifications, Incoming Call Alerts, and Camera and Music Control.

The Realme Watch S Pro is being powered by a 420 mAh battery which is claimed to provide two weeks of longevity. The wearable has been priced at Rs.9,999 in India and the first sale scheduled for Tuesday, December 29 on Flipkart and Realme.com.

The Realme Watch S Master Edition which has been designed by Korean artist Grafflex; shares the internals with the regular Watch S which was launched previously, but comes with specially designed straps, watch faces, and a retail box that includes matching stickers. It has been priced at Rs.5,999 and will go on sale in India soon.

The Realme Watch variants have support for interchangeable straps, with silicone variants in Orange, Blue, and Green arriving for sale on January 5, 2021, priced at INR499. There are also other options such as vegan leather in Brown, Black, Blue, and Green. 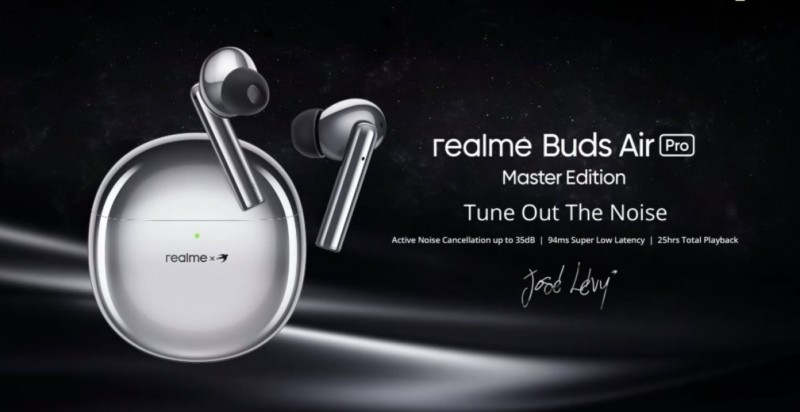 The Realme Buds Air Pro Master Edition feature 10mm dynamic drivers, and Bluetooth v5 for connectivity. These come with support for ANC (active noise cancellation) with noise reduction of up to 35dB; This has been made possible due to a dual-microphone system built-in for ANC and voice calls. The Buds Air Pro feature 94ms low latency mode; and a transparency mode for letting ambient noise in. The company claims that the TWS can offer up to 25 hours of battery life on a single charge. As per the claims, with ANC on, the TWS can offer up to 20 hours of usage on a single charge with the case. It also supports fast charging using which 15 minutes of charge can offer seven hours of music playback.