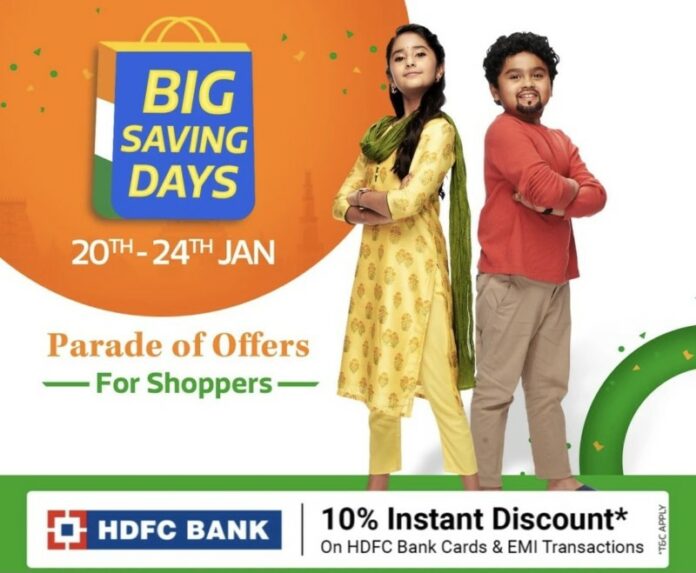 Flipkart is getting ready for it’s Big Saving Days sale, which will commence from January 20 and go up till January 24 for consumers,  bringing discounts and offers on mobiles, tablets and other electronics. The sale will commence a bit earlier for Flipkart Plus members, on January 19 at 12am.

Do note, there will be no-cost EMI options, exchange offers, and protection plans on a large number of products since the sale consists of many good deals. The sale also brings an additional discount for HDFC cardholders, with new deals coming every day for customers using Flipkart. 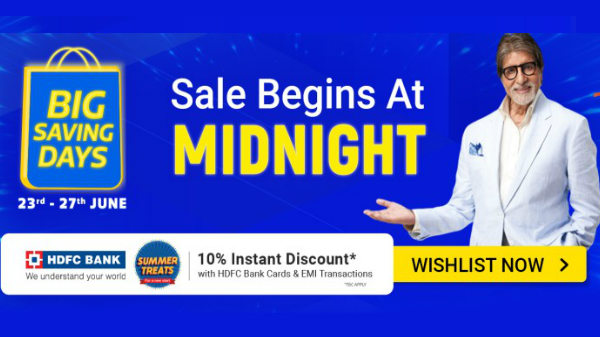 The company has not announced the exact discount on these devices but has revealed, as stated above, that there will be no-cost EMI options, mobile protection plans, and exchange offers for interested shoppers.

As for the additional gadgets, shoppers can expect up to 50 per cent discount on realme’s smartwatch models such as the Watch S, Watch S Pro and the realme Watch. Additionally, headphones and speakers can be purchased with up to 70 per cent off and some of Flipkart’s best-selling laptop models will be discounted up to 30 per cent.

To add to this, customers can also get up to 75 per cent off on TVs and appliances, which are some great deals for the prospective buyer.

There will be new deals at 12am, 8am, and 4pm during the sale day. The E-commerce site also says that the lowest prices will be available till 2am. Interested shoppers can make use of their SuperCoins to make payments and receive extra discounts, with up to 2,000 bonus coins on their purchases.