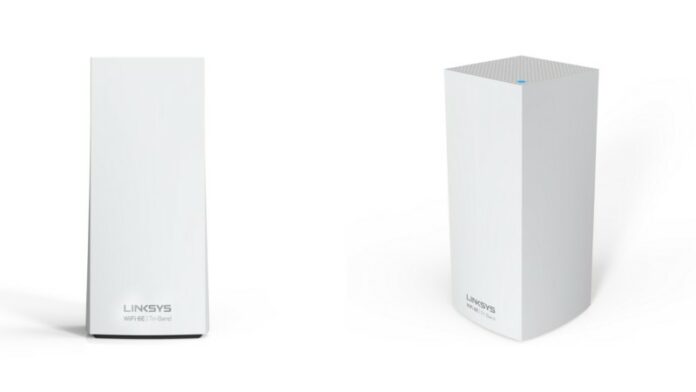 Linksys, the connected home division within Belkin International, on Friday announced the launch of their latest advancements in Wi-Fi and motion detection technology with the Linksys AXE8400 Wi-Fi 6E System and Linksys Aware.

Taking advantage of the newly opened 6 GHz band, Linksys AXE8400 reduces congested, unsteady Wi-Fi connections and delivers more bandwidth to consumers’ homes for clearer, faster networks and strengthened reliability. It has built-in mesh technology, easy app-based setup, and allows for full access to all three bands so that customers and connected devices, 6E or not, benefit from the system. The Linksys AXE8400 is fully certified with the Wi-Fi Alliance and FCC, ensuring it meets the highest standards for security and safety so consumers can have peace of mind using any device on their network.

Linksys AXE8400 is powered by Qualcomm® Networking Pro™ 1210 Platform to provide blazingly fast performance across hundreds of devices. It is an ideal solution for bandwidth-heavy homes and can support multiple activities simultaneously, from at-home working and learning to VR gaming and media streaming via tri-band (2.4GHz, 5GHz, and 6GHz) capacity and a 5 Gbps WAN port, the company claims. The device also has four Gigabit LAN ports, and one USB 3.0 port for multiple hardwire or USB connections. It covers up to 3,000 square feet per node and is designed to manage the demands of more than 65 devices all sharing the same bandwidth. It eliminates dead spots and provides high-speed connectivity for an entire home – backyard and outdoor devices included.

The Linksys AXE8400 system is compatible with Linksys Intelligent Mesh products, including previous versions, to support all smart devices whether 6E-certified or not, and uses the same app-based setup as other Linksys mesh solutions to make Wi-Fi less intimidating. It houses proprietary technology combined with the industry’s highest standards and certifications to provide consumers with a fast, reliable, safe and secure network.

Linksys Aware is introducing the next generation of its award-winning motion-sensing technology introduced last year. In its latest iteration, Linksys Aware supports third-party stationary Wi-Fi connected devices such as Wemo smart plugs and Belkin smart speakers to expand motion-sensing coverage capabilities and strengthen home security. Linksys Aware allows for existing smart devices such as thermostats or doorbells to act as points of communication, expanding motion-sensing coverage area and allowing consumers to get a more detailed picture of where exactly motion has happened in the home, the company said in a release.

Linksys Aware update will be available through the Linksys App beginning March/April 2021 in the US and continuing in a phased rollout worldwide for a free trial for first 90 days, followed by $2.99/month or $24.99/year.