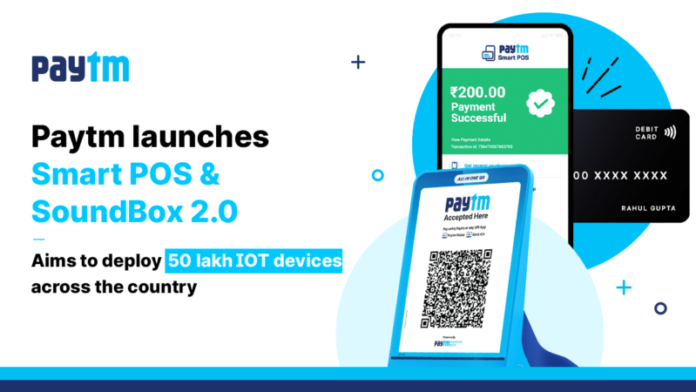 Paytm has introduced its new IoT-based payment devices, which are the Soundbox 2.0, and Paytm Smart POS for Android phones. The company has helped over 2 crore merchant partners and also grow its business by empowering digital payments. 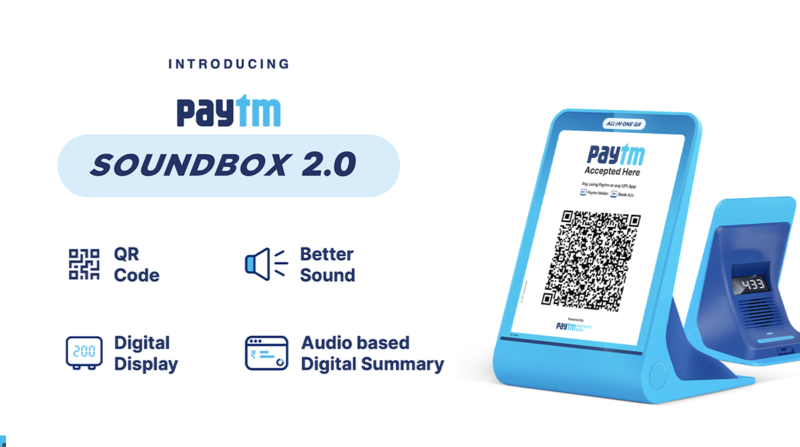 Speaking on the launch, Vijay Shekhar Sharma, Founder & CEO of Paytm said, “Paytm is committed to bringing new-age financial technologies and services to 5 crore small and micro-merchants in India. Today’s launch of Soundbox 2.0 and Smart POS for Android phones expands opportunities for small businesses to experience these latest technologies at the most affordable price. Our in-store payment offerings including the pioneering All-in-One QR are examples of the best Made in India technology.”

Also, TR Ramachandran, Group Country Manager, India, and South Asia, Visa said, “Contactless payments or tapping to pay with a contactless card or mobile device, have fast emerged as the preferred way to pay globally with nearly 60 percent of Visa transactions outside of the U.S. occurring with a tap. Paytm’s foray into the contactless card payment ecosystem will truly help propel the adoption and usage of contactless cards across India. As a pioneer of the Tap to Phone solution with EMVCo, at Visa, we are particularly excited about Paytm Smart PoS’s ability to offer a seamless, convenient and interoperable solution for merchants that will help them accept payments securely from millions of contactless cards in the market”

Now for the device itself, the Paytm Soundbox 2.0 smart device allows merchants to record the net amount to the merchant’s collection along with voice-based confirmation. For instance, the device during the closing hour would play the following message, “Today’s summary for Paytm QR code: Received 10 payments of Rs 100, done 3 refunds of Rs 20, Net amount to be settled is equal to Rs 80.” It also announces when the device has a full battery life of running out of charge. The device comes equipped with a 2000 mAh battery, has a SIM card slot, and can be operated without a wifi connection.

It would be available in five languages which include English, Hindi, Tamil, Telegu, and Kannada. However, the company would also add more regional languages that would include Marathi as well. It comes equipped with Paytm All-in-QR, which enables merchants to accept unlimited payments at zero percent fees directly into their bank account. There are several easy payment plans which the merchant can choose from to acquire a Soundbox. Paytm has taken special care of the street vendors as the machines are battery operated to help accept digital payments on the go.

Well with that said, do let us know your opinions on the new Soundbox 2.0 by Paytm by dropping a comment down below.